'If not handled carefully...': Amid Russia-Ukraine tensions, India calls for immediate de-escalation 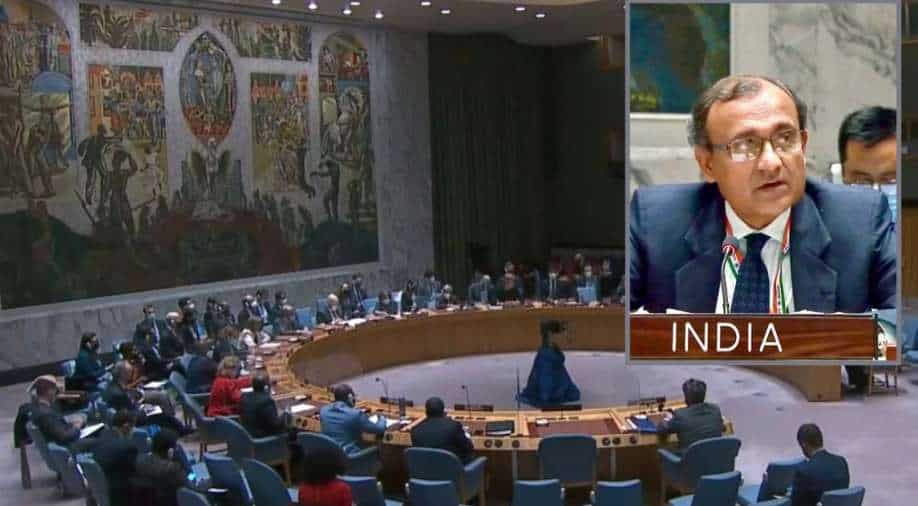 India at the UNSC meeting on Ukraine. Photograph:( ANI )

India's embassy in Kyiv issued a string of recommendations for all Indian nationals this week to leave the country over security fears.

India responded to the ongoing Russia-Ukraine crisis as the situation deteriorated in the past two days. Amid heightened tensions, India called for "immediate de-escalation".

India's permanent representative to the United Nations, TS Tirumurti at the UNSC meeting on Ukraine said, "We call for an immediate de-escalation."

He added that the situation is in danger of "spiralling into a major crisis" and if not handled carefully, it may undermine security, adding the security of all parties should be taken into account.

"Over 20,000 Indian students are in Ukraine, we are facilitating the return of all Indian nationals including students as we may be required," Tirumurti said.

Amid a war-like situation, mass evacuations of foreign nationals are taking place. Some of the country's Indian students said they were considering leaving as well.

Shania Mariyamath, a medical student said that Indian parents were "very much panicked" for their children abroad because of the way Indian news reported on the story.

"We have planned to stay here" she said, "unless our agent or contractor asks us to leave".

Another student, Jahanvi Yaduvanshi, said her parents were panicking in India and that she had already booked flights to go back.

Kharkiv is a potentially risky area as it's located 40 kilometres (25 miles) from the Russian border.

India's embassy in Kyiv issued a string of recommendations for all Indian nationals this week to leave the country over security fears.

"Strikes continue on peaceful Ukrainian cities. This is a war of aggression. Ukraine will defend and win. The world can and must stop Putin. It's time to act - just now," he added.