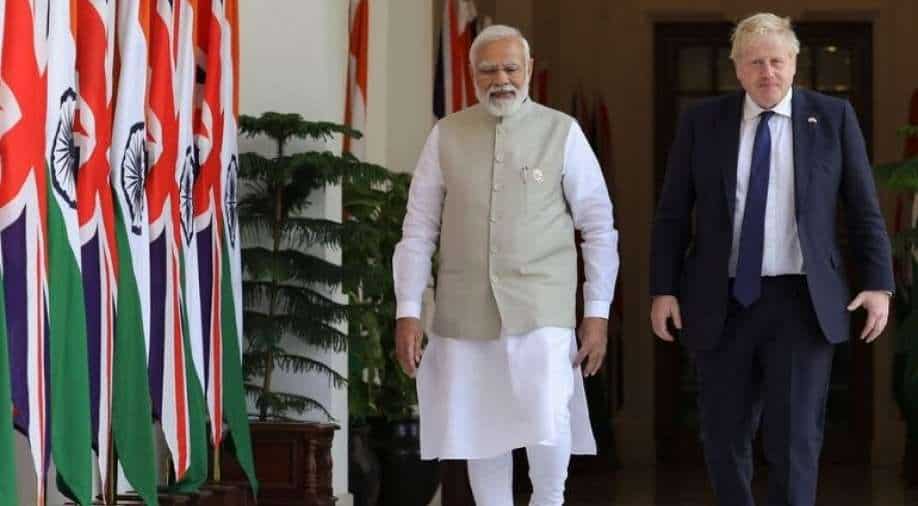 India has a long history with Russia, which everyone respects, according to UK Prime Minister Boris Johnson.

Boris Johnson, the visiting British Prime Minister, lauded skilled Indians and stated that he can not prevent skilled people from coming to the UK.

As he spoke about the UK-India collaboration in generating vaccinations that have vaccinated over a billion people against COVID, he remarked that he had "the Indian jab."

I've got the Indian jab (Covid vaccine) in my arm, and it did me good. Many thanks to India, "he said.

India is a very different country from the autocracies around the world. It's a great democracy. It's a stunning, shining fact that 1.35 billion people live in a democracy. That is something we should celebrate, as it offers us an opportunity for closer cooperation and partnership.

The highlights of the press conference are as follows:

1: We are extending our partnership as science superpowers and building on the collaboration between Oxford AstraZeneca and the Serum Institute of India, which vaccinated more than a billion people globally against COVID. I still have the Indian jab in my arm, and the good it did for me... So many thanks to India. And that has helped India to become what Narendra has called the pharmacy of the world.

2: Britain and India have agreed to a "new and expanded" defence and security partnership. He added that the two countries have a "shared interest in keeping the Indo-Pacific open and free", calling the new partnership "a decades-long commitment".

3:Following doubts about his future after being fined by police for violating the severe lockdown regulations he enforced during the COVID-19 outbreak, British Prime Minister Boris Johnson stated on Friday that he was confident he would still be Prime Minister in October. "Yes," Johnson said during a news conference in India when asked if he will still be prime minister in October, when he hopes to have signed a free trade agreement with India.

4: Speaking about India's concerns over Khalistani elements in the UK, Boris Johnson said that we don't tolerate extremist groups operating in the UK and targeting other countries.

#WATCH | Of course, we have these conversations (on human rights or democratic values). The advantage of our friendship is that we can have them in a friendly way....It's very important to realise that India has constitutional protections for communities: UK PM Boris Johnson pic.twitter.com/COe8FcPh4D