'I hope we can together start a new kind of politics,' Priyanka Gandhi says on Lucknow roadshow 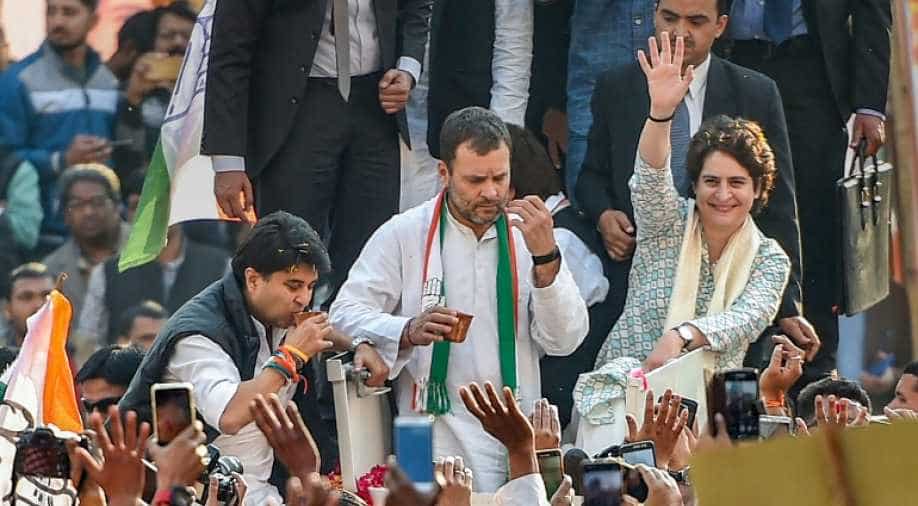 Priyanka took the Uttar Pradesh capital by storm on Monday, holding a 20-km roadshow along with her brother and Congress chief Rahul Gandhi and other Congress leaders.

UP is the country's most important state politically — sending 80 members to the Lok Sabha.

On Monday, Priyanka and the other Congress leaders rode out of the Lucknow airport on an open-top bus.

"It's like Indira Gandhi has come back," Reuters reported Fuzail Ahmed Khan, 45, a Congress supporter as saying. "The state's farmers want Rahul Gandhi to be prime minister, Priyanka to be chief minister."

As Priyanka's cavalcade rolled through the streets of Lucknow, Congress workers showered rose petals and threw marigold garlands at her.

Some posters showed Priyanka Gandhi as Goddess Durga on a lion.

"I hope that we can together start a new kind of politics," Priyanka said in an audio message shared by Congress.

Priyanka has helped manage elections for her brother Rahul and her mother, former Congress chief Sonia Gandhi, but has never held an official party post up until now.

#Visuals: Congress General Secretary for Uttar Pradesh East Priyanka Gandhi Vadra interacts with a child during the roadshow in Lucknow. The girl says, "I gave her a garland & she gave me a chocolate. Later, she returned the garland to me & said, 'Stay happy'. pic.twitter.com/0h9PPYCiCm

Priyanka did not speak.