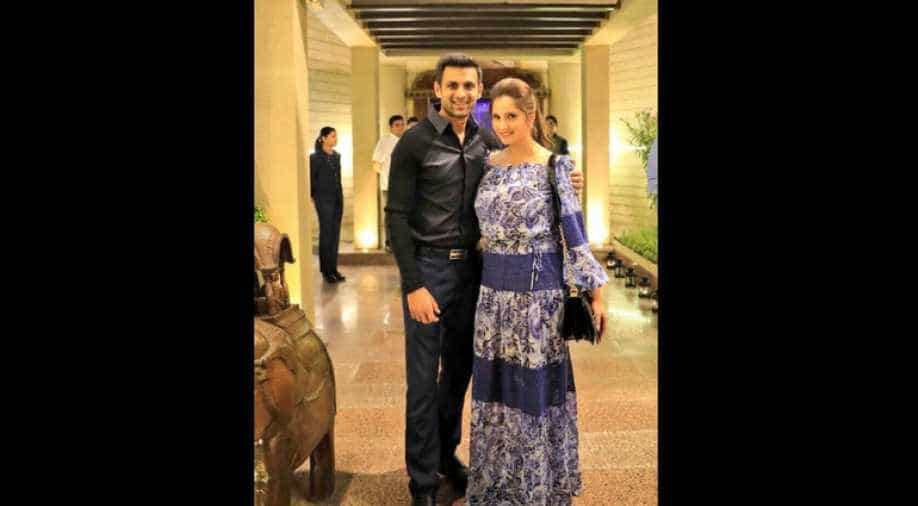 Tennis champion Sania Mirza and husband, former Pakistan cricket captain Shoaib Malik, announced on Monday that they are expecting a baby in a post shared by the couple on Twitter and Instagram.

Sania Mirza and Shoaib Malik posted a picture on their Twitter accounts of a doodle which included a baby vest and a feeding bottle between two T-shirts bearing their names.

While Mirza wrote #BabyMirzaMalik, Malik used #MirzaMalik. Wishes poured in for the happy couple from around the nation, expressing their love and excitement.

Earlier in the month, Sania said that she and Shoaib want a daughter but whenever they decide to start a family, she would want her child's surname to be 'Mirza Malik'.

In an exclusive interview during WION's Knowledge Seminar at Goafest 2018, the legend shared how she has grown up believing that daughters are no different from sons. She went on to say, "My name is Sania Mirza, I didn't change my name post-marriage. In fact, my child's last name will be Mirza Malik".

Sania spoke about her personal experiences of gender bias, where she has heard some of her relatives telling her parents that they should have had a son so that the family name "goes ahead".

Sania married Pakistan cricketer Malik back in 2010 in Hyderabad and according to Pakistan tradition. This is their first child, eight years after the marriage.

The 31-year-old has been sidelined since October with a knee injury. She has slipped from number one in the world doubles ranking -- the first for an Indian woman -- to 24.