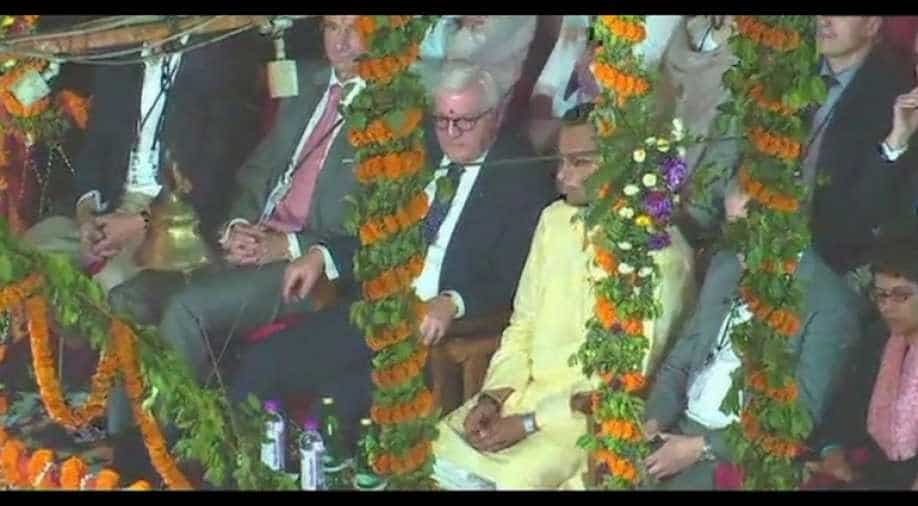 During the day German president's wife Elke Büdenbender also made a visit to Taj Mahal.

Frank-Walter Steinmeier arrived in New Delhi on Wednesday morning and is visiting India for four-days.

He is accompanied by his wife Elke  Büdenbender, delegation of media, Chief Executive Officers (CEOs) and indologists.

During this visit, Frank-Walter is also scheduled to visit Chennai.

The visit is considered significant after German Chancellor Angela Merkel was re-elected to the German Parliament for a record fourth term on Wednesday.