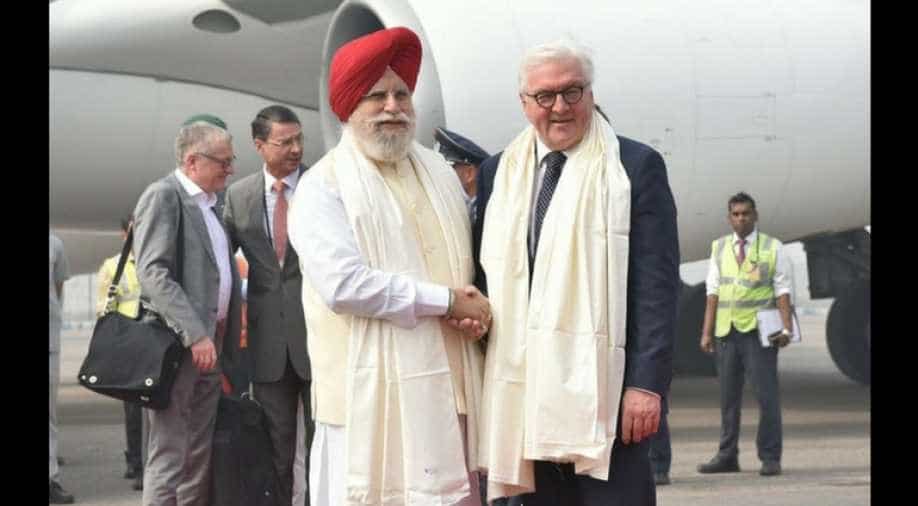 German President Frank-Walter Steinmeier arrived in New Delhi on Thursday on a four-day visit to India.

The Ministry of External Affairs Spokesperson, Raveesh Kumar, informed on Twitter that Minister of State (MoS) Drinking Water and Sanitation SS Ahluwalia received the German President, who was accompanied by his wife Elke Büdenbender.

He is being accompanied by a delegation of media and Chief Executive Officers (CEOs) and indologists.

The visit is considered significant after German Chancellor Angela Merkel was re-elected to the German Parliament for a record fourth term on Wednesday.