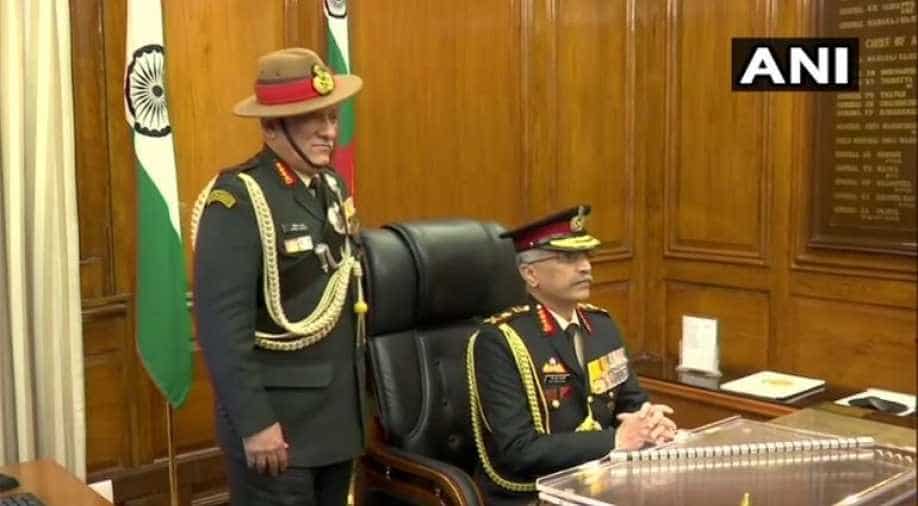 General Manoj Mukund Naravane has taken over as the new chief of the Army after General Bipin Rawat was promoted to the position of Chief of Defence Staff (CDS) on Monday.

Lt Gen Naravane, 59, was earlier serving as the Army vice-chief and was heading the eastern command responsible for keeping an eye on the China border.

The new Army chief was commissioned in the Sikh light infantry regiment in 1980 and has taken up difficult operations as part of India's peace keeping force in Sri Lanka and Rashtriya Rifles battalion in Jammu and Kashmir. General Bipin Rawat also belonged to the Sikh regiment.

After stepping down at the end of his tenure, General Rawat thanked "all ranks, soldiers who laid down their lives in line of duty".

"My compliments to soldiers on northern, western and eastern front braving the icy cold winters," General Rawat said in his closing statement.