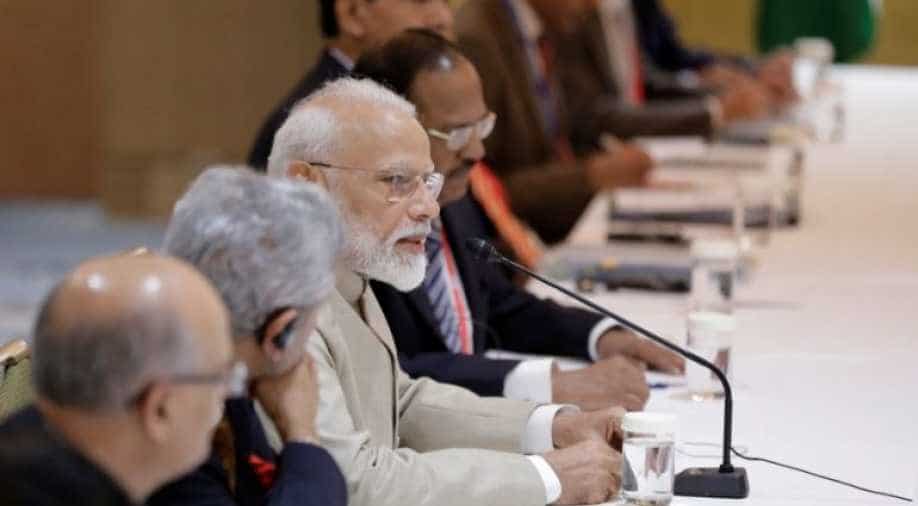 On the query that why India didn't join the Osaka declaration on the digital economy, Prabhu said the reasons have been communicated to the Japanese Prime Minister Shinzo Abe.

India has pitched strongly to deal with fugitive economic offenders, and Prime Minister Narendra Modi has flagged the issue at all global forums, the country’s Sherpa to G20 Suresh Prabhu said Saturday.

“We strongly put forward the need to deal with fugitive economic offenders. It has been a strong agenda, we have been working on tax evasion, corruption, economic offences and fugitive offenders running away (from the country). We have also been very strongly championing this,” Prabhu told a media conference, detailing about the deliberations of the meeting.

He said that Prime Minister Modi has raised these issues at all global forums.

“We strongly feel that we as a global community must act in unison to deal with such issues of people committing economic offences and running away from their national domicile country,” he told reporters to post G20 Sherpa’s meeting.

On the query that why India didn’t join the Osaka declaration on the digital economy, Prabhu said the reasons have been communicated to the Japanese Prime Minister Shinzo Abe.

But, he also clarified that India strongly believes in the digital economy and has taken a host of measures, including a huge number of bank accounts to thrust its digital agenda.

“India has a very massive programme on digital transactions. We have opened bank accounts of a large number of people. Many transactions are happening through the digital forms,” he said.

Prabhu, who was the Railways minister in the first term of the NDA government, also informed that the country’s railways has almost 8.1 billion passengers per year, and many of them buy tickets through digital platforms.

“So, digital is something which we all believe in, we have a market which is growing including the e-commerce market. Therefore, we believe in that digital economy and also at the same time we have a very close relationship with our dear friend Japan but we have already communicated the reasons to them,” Prabhu said.

Among other issues that India raised during the summit were on climate change, clean energy, environment protection, agriculture, tourism and systemic shift towards providing social security and financial benefits for the ageing population.

Prabhu said India also put emphasis on building a quality infrastructure that is a necessity for growth.

He also said that infusion of technology in all sphere of life will create economic opportunities for all as well as bridge the digital divide, and improve the quality of life.

“For that, quality infrastructure will play a very important role. In economy, finance will be an important issue and therefore issues related to global finance whether it is related to sustainable and modern tax system, whether related to technological innovation which can deliver benefits in financial markets…all these issues were also discussed,” he told reporters.

Prabhu said India’s Prime Minister Modi has been championing that “we need anti-corruption measures at global level. So, fight against corruption should be done at all levels by all the G20 members by combating foreign bribery and ensure each G20 country has a law to enforce it, that people committing economic crimes in one geography will not be able to run away to the other and escape the clutches of law”.