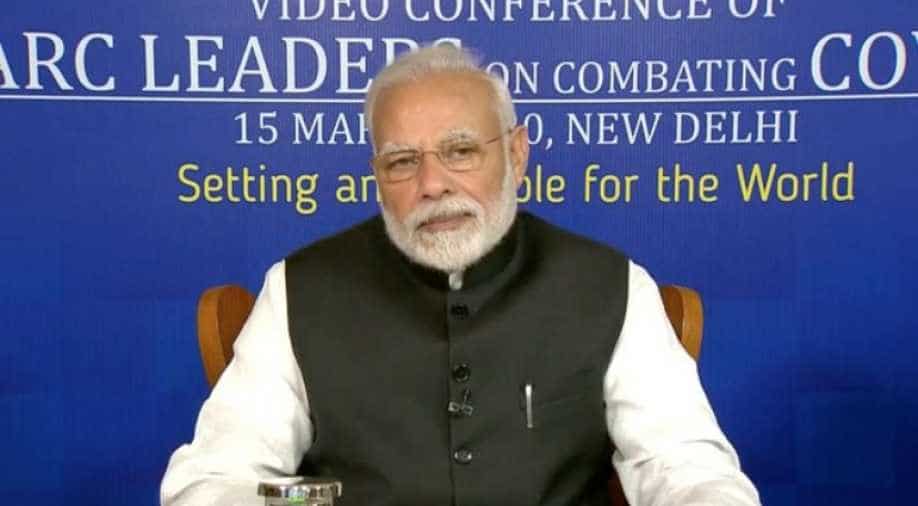 Saudi Arabia has accepted Indian PM Narendra Modi's proposal for a G20 summit via video conference to deal with the coronavirus crisis next week.

Saudi Arabia is the chair of the G20 this year and will be taking all calls regarding the summit.

The G-20 secretariat in Riyadh in a release said, "The Saudi G-20 Presidency is communicating with G20 countries to convene an extraordinary virtual G20 leaders' Summit next week to advance a coordinated response to the COVID-19 pandemic and its human and economic implications."

"The Saudi Presidency will continue to support and coordinate international efforts to counter the impact of the pandemic, both in human and economic terms," it said.

The Indian government readout of the talks said, "The two leaders agreed that a similar exercise at the level of G-20 leaders, under the aegis of Saudi Arabia as the Chair of G20, would be useful at a global scale, both for discussing specific measures to address the challenges posed by the global outbreak of COVID-19."

PM Modi has suggested the idea of G20 summit via video conferencing to other G20 leaders as well.

Australian Prime Minister Scott Morrison over the weekend said, "I'm also aware that (Indian) Prime Minister Narendra Modi is keen to organise a link-up between all the G20 leaders. I think that's a commendable initiative, Australia obviously supports that, communicate that."

Morrison called for a further meet on G20 finance meeting to deal with the economic impact.

The EU is also keen on the summit. The spokesperson for Foreign Affairs and Security Policy EU Virginie Battu-Henriksson told WION, "We need strong G20 coordination and leadership. COVID-19 is a severe public health emergency and a major economic shock affecting many countries around the world."

G20, at summit level, emerged after the 2008 financial crisis and since then has been playing a major role in shaping global policy actions. The grouping meets once a year and has a rotational presidency.