From US, UK to Portugal & Canada: Indian-origin politicians are everywhere 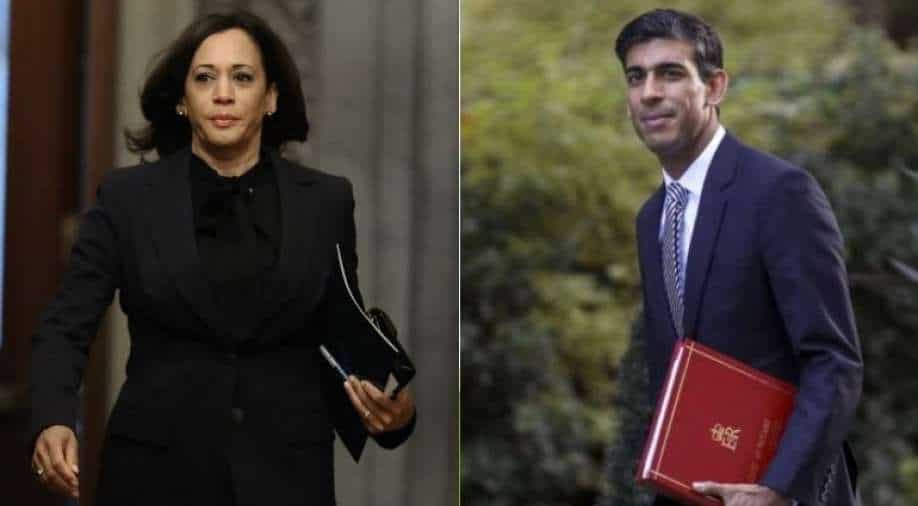 The 2021 Indiaspora Government Leaders List, which was released on Monday, had drawn from government websites and other publicly-available resources to prepare the report to showcase the achievements of the community leaders across different sectors.

The rising influence of the Indian-origin community around the globe has made it impossible for governments to ignore the largest diaspora in the world.

It’s not just the US or UK where the Indian diaspora is influential. Indians account for a third of the United Arab Emirates’ total population. Countries like Canada, the UK and the US have several politicians and representatives who trace their roots to India—from US vice-president Kamala Harris to Canadian senator Sarabjit Marwah.

Over 200 Indian-origin people occupy leadership positions in as many as 15 countries, including the US and the UK, building a legacy for future generations, according to a first-of-its-kind list by a US-based organisation working among the Indian diaspora.

The 2021 Indiaspora Government Leaders List, which was released on Monday, had drawn from government websites and other publicly-available resources to prepare the report to showcase the achievements of the community leaders across different sectors.

It said that more than 200 leaders of Indian heritage have ascended to the highest echelons of public service in 15 countries across the globe, with over 60 of them holding Cabinet positions.

"It is a huge source of pride to have the first woman and first person of colour as the Vice President of the world's oldest democracy be someone of Indian heritage. We wanted to use this seminal moment on Presidents' Day to highlight a host of others in the diaspora who also are in public service," said Indiaspora founder M R Rangaswami, a Silicon Valley-based entrepreneur and investor.

He was referring to Kamala Harris, the first woman Vice President of the United States.

"These leaders are building a legacy for future generations, and one that extends beyond our community to all of the constituents and communities that they serve," Rangaswami said in a statement.

The list also includes diplomats, legislators, heads of central banks and senior civil servants from countries with significant histories of diaspora migration, such as Australia, Canada, Singapore, South Africa, the United Arab Emirates, the United Kingdom and the United States.

"It is an honour to be included on the 2021 Indiaspora Government Leaders List. As the longest-serving Indian-American member of Congress, I am proud to be a leader in the Indian-American community, which has become an integral part of American life and society," said Congressman Ami Bera, Chairman of the US House Foreign Affairs Subcommittee on Asia.

With more than 32 million people of Indian-origin or (PIOs) globally, according to India's Ministry of External Affairs, Indians are the largest diaspora population in the world.

The officials on the 2021 Indiaspora Government Leaders List collectively represent more than 587 million constituents, and their countries account for an estimated USD 28 trillion in GDP, demonstrating the impact these leaders are having globally, Indiaspora said in a statement.

"It truly is inspiring to note the remarkable contribution that government leaders of Indian heritage have made to advance the societies that they now represent.

"For a sizable segment of the population, it is government policy addressing social injustices that lead to a transformative path of sustainable socio-economic progress," said Rosy Akbar, Fiji's Minister of Education, Heritage, and Arts.

The list includes immigrants from India, as well as professionals born in countries such as Singapore, South Africa, England, Canada and the US.

Portugal's Socialist Prime Minister Antonio Costa is also of Indian descent. Born on July 17, 1961, in Lisbon, Costa was raised in the intellectual circles frequented by his parents, Orlando da Costa, a communist writer descended from a family from Goa, Portugal's former colony in India, and Maria Antonia Palla, a journalist and women's rights advocate.

"As a proud Indo-Canadian, it is an honour to be included in the 2021 Indiaspora Government Leaders List alongside an accomplished and diverse group of leaders from the India diaspora," said Senator Ratna Omidvar.

"I am eternally proud of my Indian heritage but also being Canadian. Canada has given me its protection and its opportunities, and in return, I am committed to making it a better place so that it continues to be a land of protection and opportunity for future Canadians," he said.

"It is inspiring to see the number of Indian diaspora who are entering the public arena," said Indiaspora Board Member Arun Kumar, chairman and CEO at KPMG India, who served as Assistant Secretary of Commerce in the Obama administration.

"Having had the opportunity to serve, I can speak to what a memorable and fulfilling experience it was. Above all, it was a meaningful way to give back. My hope is that this cohort of leaders will set an example for even more of the Indian diaspora to aspire to public service," Kumar added.