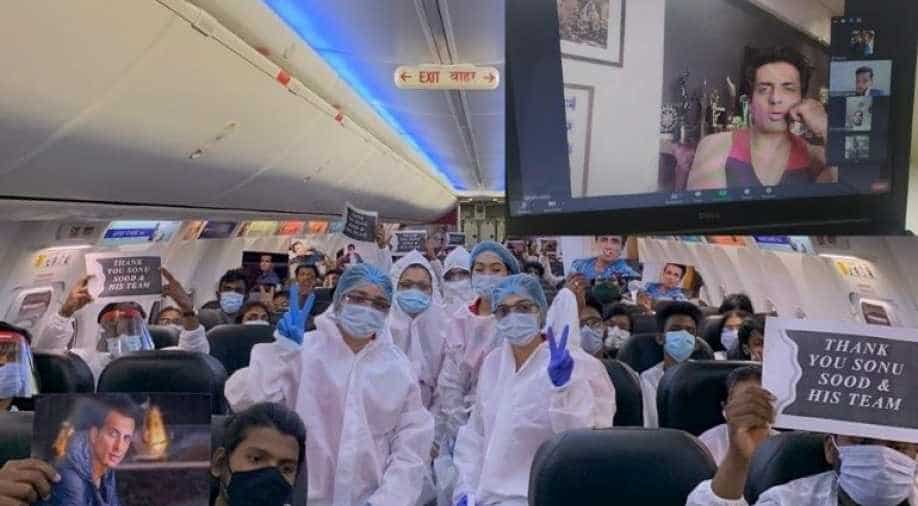 Initially, it was said that the flight would leave Moscow on July 31st, however, it got delayed and it was only on August 1 that the actor announced the new schedule of the Chartered flight on Twitter.

Just like a scene out a movie, when all options had run out, a miracle intervention changed things and brought smiles. Well, it's not much of a surprise, the intervention was from none other than Indian actor Sonu Sood and just like many of his touching gestures in recent times, he chartered a flight for 100 students, from Moscow to Chennai, thus facilitating their safe and direct repatriation on Wednesday.

100 medical students from Tamil Nadu had exhausted all their options to fly back home, as they had to wait in Russia until the completion of their medical courses until July 6th. Having been forced to stay in Russia, even after the last Vande Bharat (repatriation by Indian Govt) flight, which was on July 3rd, their only options were to fly to another Indian city, perhaps Delhi or Mumbai, remain in quarantine there and then fly to their home state and undergo quarantine again. This would have meant spending more on ticket fare, paid quarantine and losing precious time.

The students hoped against hope for routine International flights to resume to Chennai, but it was in vain. Even a chartered flight that took off for Chennai on July 18th was missed by many students as the information hadn’t reached them. 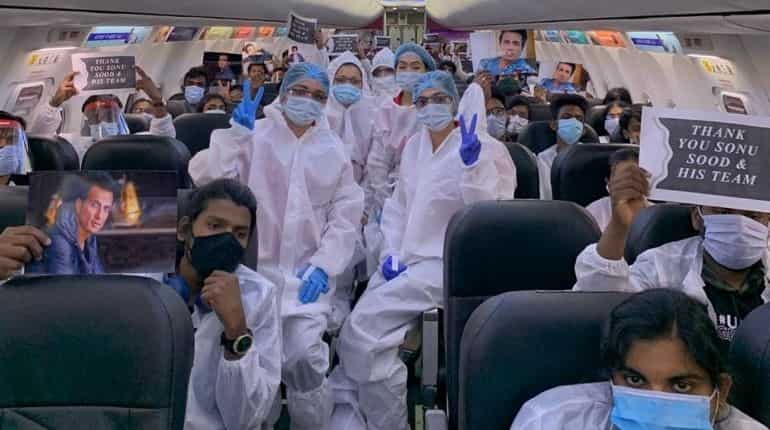 However, a new idea struck when a student scrolled through twitter and noticed that actor Sonu Sood had helped charter a flight for Indians stranded in Kyrgyzstan. The students then requested the actor to intervene and help.

“We tried reaching out to Indian authorities at various levels and there was no encouraging response, but the actor responded within a day and sought our details, assuring that his team would help us out,” said Dr Sakthi Priyadarshini, a graduate from the Kursk State medical university told WION.

Initially, it was said that the flight would leave Moscow on July 31st, however, it got delayed and it was only on August 1st that the actor announced the new schedule of the Chartered flight on Twitter.

“On August 1st the actor had a Zoom call with us and assured us that we could fly out on 4th August on a spice Jet chartered flight. It was after paying for our tickets that we noticed half the plane was empty. We students paid for our tickets alone, but Sonu SoodSir paid for the 100 empty seats to ensure that we were not burdened’ Priyadarshini recalls gratefully about the actor's gesture.

The students landed in Chennai on Wednesday and were sent to a paid quarantine centre in the city, where they’d have to spend the next week before they get to head home finally. The on-screen villain has turned real-life hero, saviour, by intervening on time and getting the young doctors back home!