From Assam to Tamil Nadu: Here's how the states celebrated Republic Day 2022 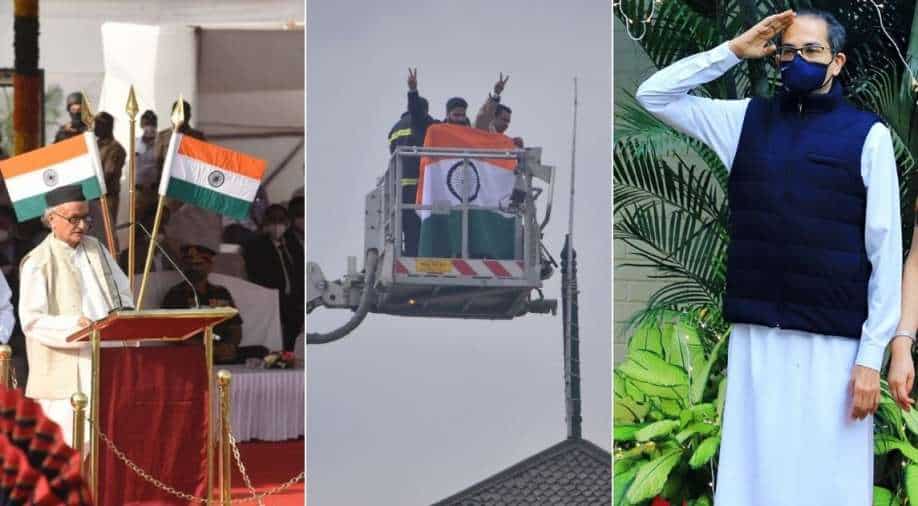 India celebrated its 73rd Republic Day to mark the date when the Constitution of India came into effect and the country became a republic.

On the occasion, the nation showcased its military might and displayed the rich cultural diversity of the states and union territories during the parade at Rajpath at the nation's capital, New Delhi.

The parade had armoured personnel carriers, artillery guns and new-age battle tanks as India showed its prowess on the occasion.

After that, President Ram Nath Kovind arrived, escorted by his bodyguards on their magnificent bay and dark bay coloured mounts.

There were tableaux of 12 States and Union Territories and nine Ministries and Departments, which were prepared on various themes under 'Azadi ka Amrit Mahotsav'.

The view at Rajpath was just majestic, but celebrations took place across the country. Here's a look at how states and union territories celebrated Republic Day:

For the first time in history, India's flag - the tricolour - was unfurled on the clock tower in the famous Lal Chowk area in Srinagar - a city in Jammu and Kashmir. This is for the first time after India's independence that the national flag has been unfurled on top of Ghanta Ghar (Clock Tower).  See exclusive images by WION:

#Republic2022 | For the first time in history, India's flag - the tricolour - was unfurled on the clock tower in the famous Lal Chowk area in Srinagar - a city in Jammu and Kashmir

Bihar CM Nitish Kumar unfurled the tri-colour at his residence in the capital city of the state, Patna.

Republic Day was celebrated in Odisha as Governor Ganeshi Lal and CM Naveen Patnaik unfurled the national flag in Bhubaneswar.

Ashok Gehlot, who is the CM of Rajasthan unfurled the national flag in Jaipur.

Assam CM Himanta Biswa Sarma said he is happy to watch the national flag being unfurled by his cabinet colleague UG Brahma at Tamulpur, which officially became a new district today.

This year's parade was special as the swachhagrah, frontline workers, auto-rickshaw drivers, construction workers and labourers who prepared the majestic tableaus were among the special guests invited this year to the Republic Day parade.

The number of people allowed to attend the parade was curtailed to approximately 5,000-8,000 due to the coronavirus (COVID-19) situation, with seats reserved for construction workers, frontline health workers and others.