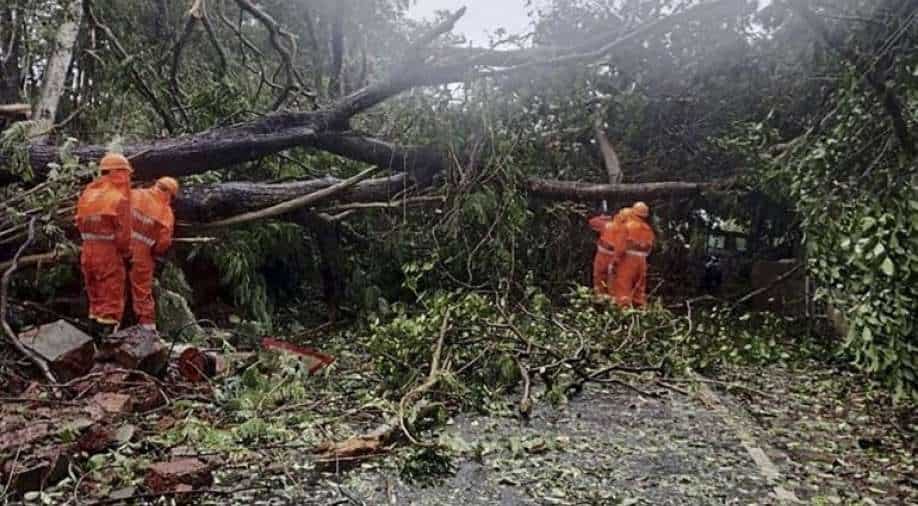 It is expected to make land in coastal Gujarat as early as Monday night, bringing wind speeds of around 150-160 kilometres per hour

At least four people have died in torrential rain and winds as virus-hit India braces for a powerful cyclone, officials said Sunday, with tens of thousands set to be evacuated from their homes.

It is expected to make land in coastal Gujarat as early as Monday night, bringing wind speeds of around 150-160 kilometres per hour (93-99 miles per hour), the weather bureau added.

Two others were reported dead and 23 fishermen were feared missing in the neighbouring state of Kerala, local media said.

Up to 75,000 people are set to be evacuated from coastal districts in Gujarat, where the ongoing COVID-19 vaccination rollout will be suspended on Monday and Tuesday, officials told AFP.

Oxygen and power supply to hospitals in the state would be uninterrupted, Maharashtra said, while hundreds of virus patients will be moved from field hospitals.

India is already battling a deadly wave of infections that has pushed its healthcare system to breaking point, leading to severe shortages of hospital beds, oxygen and medicines.

The vast nation of 1.3 billion people reported just over 311,170 new infections on Sunday, taking the total tally to nearly 24.7 million.

The death toll rose to more than 270,000 after 4,077 deaths were officially recorded over the past 24 hours. Experts say the actual toll could be significantly higher.