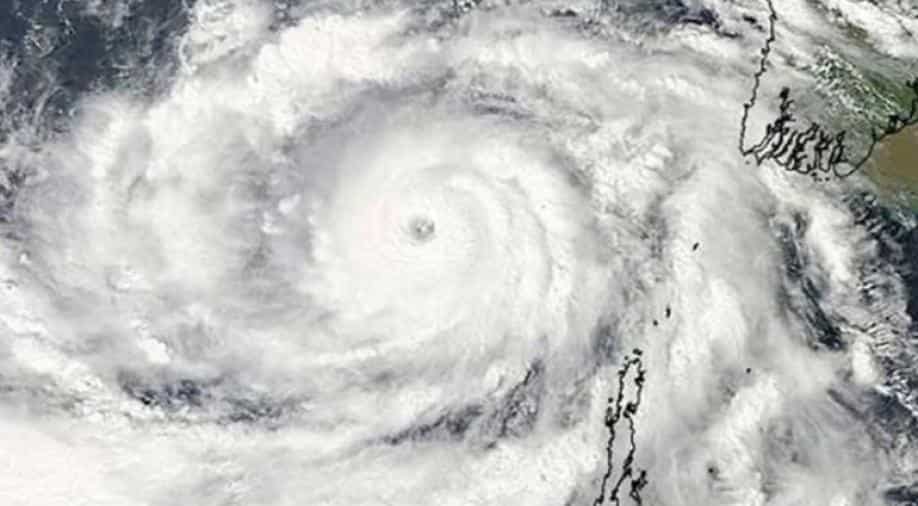 The BMC on Saturday night shifted 580 patients from BKC (243), Dahisar (183) and Mulund (154) jumbo Covid care facilities to state and civic-run hospitals in Mumbai, the official said

The Brihanmumbai Municipal Corporation shifted 580 patients from Covid care centres in the city as a precautionary measure after India Meteorological Department warned that Cyclone Tauktae is likely to pass close to the city, a BMC official said on Sunday.

The BMC on Saturday night shifted 580 patients from BKC (243), Dahisar (183) and Mulund (154) jumbo Covid care facilities to state and civic-run hospitals in Mumbai, the official said.

Officials are also contemplating a possible shut down of the Bandra-Worli Sea Link as a precautionary measure because of IMD's announcement that the cyclone may pass close to the city on Sunday.

The BMC had on Friday alerted city hospitals to avoid last-minute confusion over beds and availability of oxygen devices.

Suburban rail services in Mumbai will operate on Sunday, the official said.

The IMD on Saturday night said the cyclonic storm Tauktae, the first to hit the Indian Coast this year, has intensified into a 'severe cyclonic storm' and is heading towards the coast of Gujarat and the Union Territory of Daman and Diu and Dadra and Nagar Haveli.

The IMD had said the storm is likely to pass the Mumbai coast late Saturday or early Sunday from a distance, so minimal damage is expected. It will, however, cause gusty winds and heavy rain in a few places in Mumbai, Thane and Palghar.

The IMD had also informed the BMC that Mumbai is not in the direct line of the threat of the cyclone. However, as it will pass through the sea near the Mumbai coast, its effect is likely to be accompanied by rain and strong winds.

The BMC has asked ward officers to ensure hoardings do not fall on the road and to remove them if they fall. The 24 ward officers have been told to be ready with manpower and equipment and prepare shelter homes in case people living near low-lying areas need to be relocated, the official said.

The cyclone is likely to move north-northwestwards and cross the Gujarat coast between Porbandar and Naliya around May 18 with wind speed gusting up to 175 kmph, the IMD said.

On Saturday night, the storm was around 220 km south- southwest of Panaji and 590 km south-southwest of Mumbai, resulting in heavy rainfall, gusty winds and thunderstorms in Ratnagiri and Sindhudurg districts.