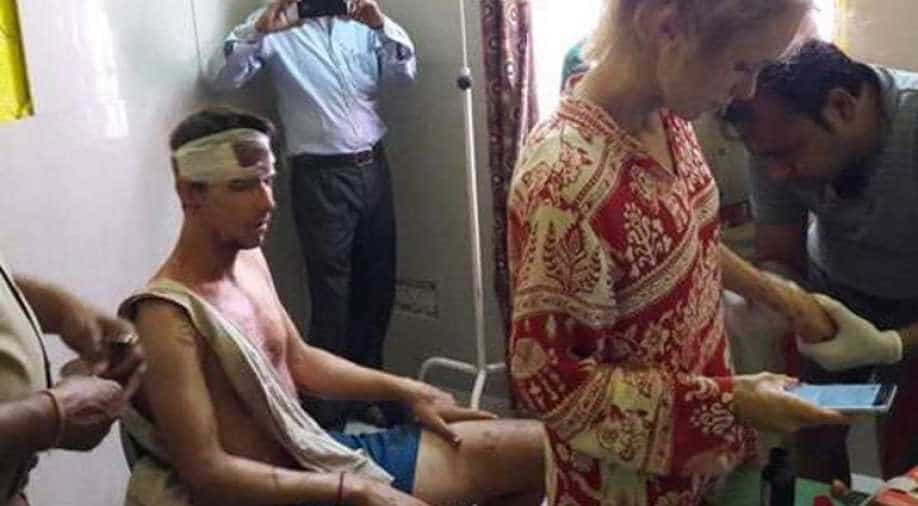 Three of the four suspects who attacked a Swiss couple in Fatehpur Sikri on Sunday have been arrested.

All three arrested are minors, the public relations officer of director general of police said.

All four youths, news reports said, are in the age group of eight to 16.

Fatehpur Sikri Swiss couple attack: Out of the 4 accused, 3 have been arrested, all the three arrested are minors- DGP PRO

Quentin Jeremy Clerc, 24 and his girlfriend Marie Droz, also 24, were chased and attacked by a group of youths near the Fatehpur Sikri railway station on Sunday, October 22.

Clerc was left with a fractured skull, a clot in his brain, a hearing impairment, a broken arm, and multiple bruises after the attack.

Marie was left with a broken arm.

Clerc has since been moved out of ICU.

Clerc and Marie are currently admitted at Apollo Hospital in Delhi.