Surveen Chawla shares more photos of her wedding, reveals why she kept it a secret 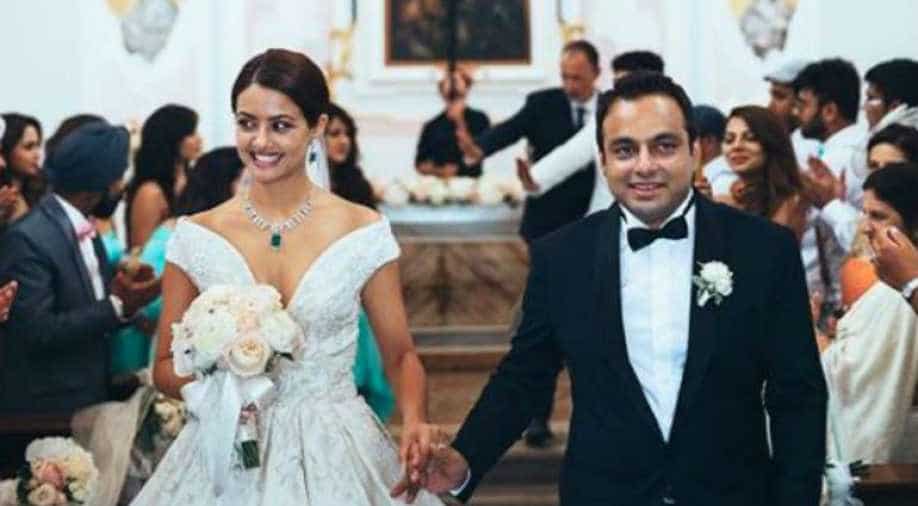 Surveen got married to Akshay Thakker in 2015 in Italy. Photograph:( Instagram )

Just a day after Surveen Chawla revealed to the world that she is married, the actress shared some more photos of her secret wedding on her Instagram page. The actress married long-time boyfriend Akshay Thakker in 2015 in Italy- photos of which have only now surfaced on the internet.

“One half of me is yours,the other half yours, Mine own,I would say;but if mine,then yours, And so all yours.” -(The Merchant of Venice) Shakespeare Lots of ??Surveen & Akshay. #Happilymarried?? #Love #Bliss #Promiseforever Reportage Photography : @dsvisuals

What made her keep her wedding a secret? Surveen said that she did not reveal her marital status because she felt it would affect her career. Speaking to Pinkvilla, Surveen said, "I soon crossed that bridge and realised that a talented actor will shine irrespective of her marital status."

"It was a personal choice to not talk about the marriage. We wanted to break the news just before our Indian wedding, which was scheduled to take place this month. However, we had to postpone it to 2018, following a loss in the family," Surveen added.

The wedding photos have revealed that the actress had a white wedding.

Akshay Thakker and Surveen Chawla are a young, irresistible Indian couple who chose to come to Italy for an unforgettable #wedding celebration, bringing along their closest relatives and friends from far away India. The #indian wedding reportage was made by the wedding photographers of our studio. The wedding had been organized according to the utmost luxury and elegance, however, what really impressed us were the uncontainable joy and the desire to dance of the spouses and the guests. After an intimate church ceremony and a sophisticated reception, the atmosphere exploded and was immediately filled with breathtaking dances and the irresistible harmony between the two protagonists of the day, and their thrilling friends. @surveenchawla #enjoythepictures #akshaythakker • #weddingphotographer #destinationwedding #bestweddingphotography #indianwedding #stylemepretty #bridesmaiddress #brideportrait #groomportrait #love #couple #destinationphotographer

TV actresses Rubina Dilaik and Keerti Gaekwad were the bridesmaids at Surveen's wedding and the two have also shared photos of the wedding.

Aaaahhaaaa????! The so perfect bride @surveenchawla and the so Beautiful butterflies ?? as her bridesmaids @keertikelkar @gazala24 @tintin3012 ????????????loving and living the vibes??

On the work front, Surveen was recently seen in a short film called Chhuri with also co-starred Anurag Kashyap and Tisca Chopra. She will soon be seen in a web series opposite Rajeev Khandelwal.