Milind Soman to marry girlfriend Ankita 29 years younger to him in 2018? 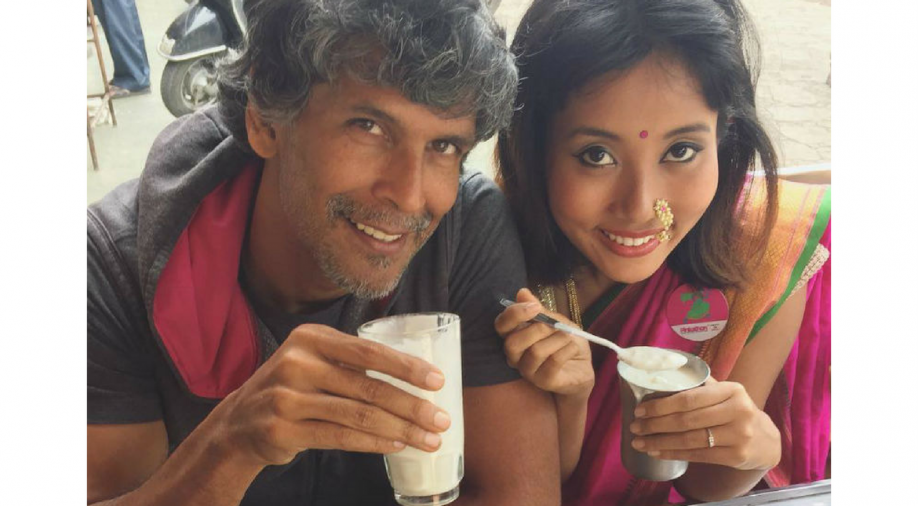 The 90s supermodel Milind Soman is set to get married in 2018 with his young girlfriend and we all can cry a river.

Milind's girlfriend Ankita Konwar hails from Guwahati and works as a cabin crew executive in Air Asia. But what caught the headlines earlier this year was Ankita's age.

It was reported earlier that the girl was merely 18 years old and was dating a man more than half his age. The latter is still true as Milind is 52 years old but it has now been revealed that Ankita is 23-24 years old.

As reported by a popular celebrity news website, Milind met Ankita's family in Guwahati recently, and with the consent of all, they have now decided to get married in 2018. He reportedly coincided his trip with Akita's little nephew's birthday when he could meet her family in Assam.

The website reported, "Ankita is almost half of Milind's age. The massive age gap was an issue for Ankita's family but now after having met Milind, they are ready to ignore the age factor."

If the wedding reports are true then this will be Milind's second wedding. He was earlier married to actress Mylene Jampanoi in 2006, but the couple divorced after three years.