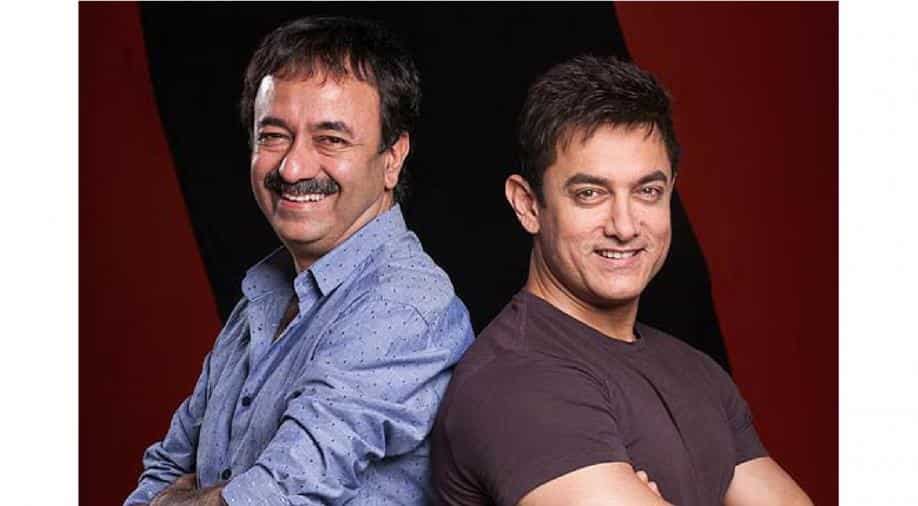 File photo of Rajkumar Hirani and Amir Khan Photograph:( Others )

Filmmaker Rajkumar Hirani today said he had offered the part of Sunil Dutt to Aamir Khan for the 'Sanju' biopic but the superstar was reluctant to play an older character after 'Dangal'.

Khan recently revealed that he was offered the role of Sunil Dutt in the biopic, but he was more keen to play the lead role, which was already with Ranbir Kapoor.

When asked about this, Hirani said,?"Aamir is a friend and whenever I write a script, I narrate it to him to get a reaction. I had narrated this to him as well, not with the intention of casting him to play any role (but because) he reacts very interestingly to the script. Out of greed, I asked him if he would play Sunil Dutt's role."

The director said Aamir turned down the role but not without giving it some thought.

"He took it seriously and gave it a thought and said let's meet next week. When I met him, he showed me 'Dangal' and said 'I am already playing an older role, if my next film after this is again an older role, people will stop giving me young man's role', which was a valid argument," the director told reporters at the trailer launch of the biopic.

The entire star cast of the film was present at the trailer launch.

Ranbir plays the titular role in 'Sanju' which features Paresh Rawal as Sunil Dutt, Sonam Kapoor as one of the girlfriends of Dutt, Dia Mirza as his wife Manyata, Manisha Koirala as his mother Nargis and Vicky Kaushal as his friend.

The movie also features Anushka Sharma, and Hirani revealed that she is actually enacting him and co-writer Abhijat Joshi.

"Anushka is playing the role of me and Abhijat. She is playing a biographer from London who comes here and Sanju wants her to write a book on him but she's reluctant. When he was narrating his story to us, even we were wondering if we should do it or not.

"Sometimes we used to sit with policemen, lawyers, family. We were in two minds whether to do it or not. So she is actually playing us, but not a filmmaker, a biographer," Hirani said.

At the launch, Paresh Rawal revealed that he had once received a birthday letter from Sunil Dutt in 2005 out of the blue and he still has the letter.

"Usually, we discard birthday letters after a while but that particular letter stayed in my drawer. This is a wonderful connection. I think I was meant to play Dutt sahab's role," Rawal said.

Koirala, who plays Nargis Dutt, said when her film 'Bombay' had released, Sunil Dutt sent her a letter saying 'You remind me of Nargis Duttji'.

"I really take that as a huge compliment," Koirala said.

The film is scheduled to release on June 29.