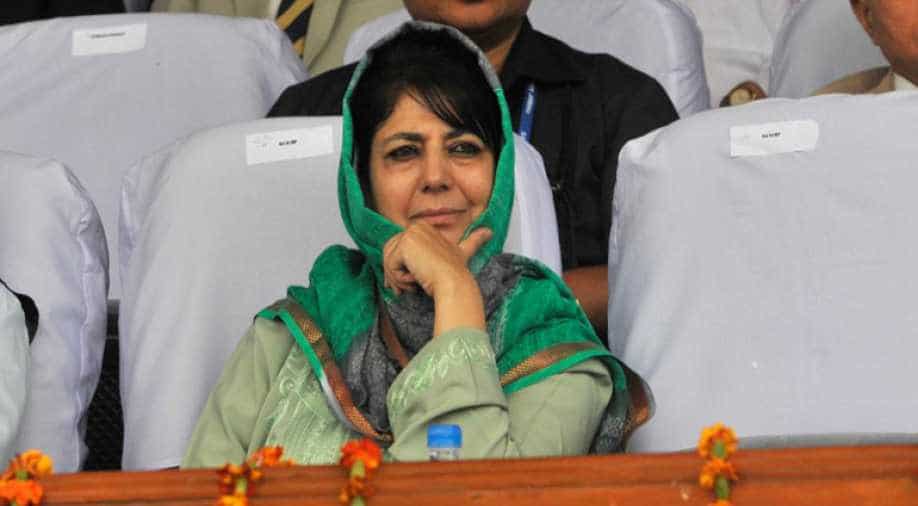 After her five-hour-long questioning that day, Mufti had told reporters that central agencies like the NIA, CBI and the ED were being "misused" to silence the opposition.

The Enforcement Directorate (ED) has summoned the mother of former Jammu and Kashmir chief minister Mehbooba Mufti for questioning in a money laundering case, officials said on Thursday.

They said Gulshan Nazir, in her seventies, has been asked to appear before the central probe agency at its office in Srinagar on April 15.

Mufti, 61, also the president of the People's Democratic Party (PDP), was questioned in this case on March 25 in Srinagar.

After her five-hour-long questioning that day, Mufti had told reporters that central agencies like the NIA, CBI and the ED were being "misused" to silence the opposition.

A PDP spokesperson said the latest summons is "part of the political vendetta against Mehbooba Mufti and PDP".

"It is an attempt to stop her from giving voice to the sentiments of the people in which they have failed miserably." Nazir is the wife of former J&K CM Mufti Mohammad Sayeed.

The criminal case filed under the provisions of the Prevention of Money Laundering Act (PMLA) is linked to the recovery of at least two diaries by the ED, after raids on an alleged associate of Mufti, in which some purported payments made from the CM's discretionary fund were made in alleged contravention of rules.

These funds are alleged to have been diverted during the tenure of Mufti as the CM of the erstwhile state.

A few lakh of rupees from these funds are alleged to have been transferred into the account of Nazir and some others about which the ED wants to question her.

The J&K Police CID had recently rejected the passport applications of Nazir and Mufti following adverse police reports against the mother and the daughter.