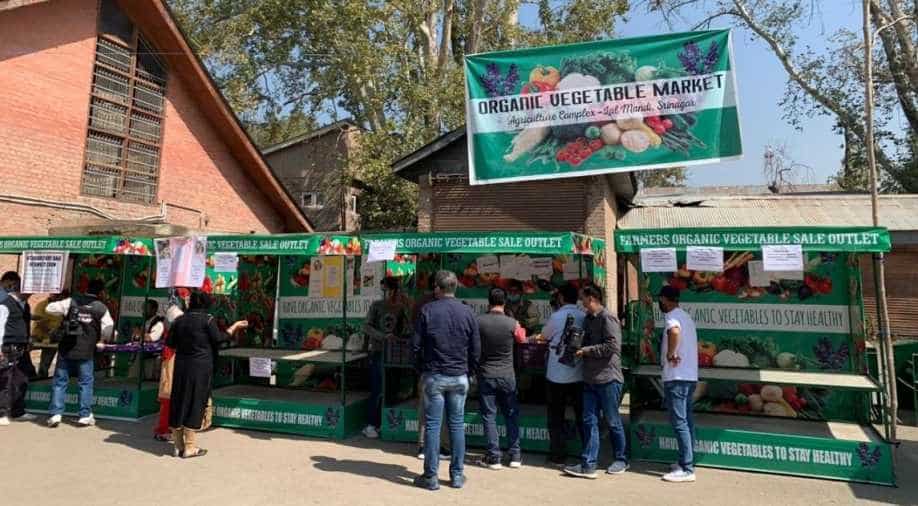 At a time when there is a growing demand for Organic food all over the world, Kashmir Agriculture Department has for the first time introduced a complete organic market in Srinagar.

There has been a boom in the organic food industry and with time it has not just gained popularity but demand is also on the rise. In the coming years, several factors are expected to lead to its growth. In 2017, the government of India projected the domestic organic food market to touch the 1.36 billion US dollar mark by 2020.

The agriculture industry of Kashmir is worth rupees 1600 crores and the growth every year is leading to better changes. With approximately around 50 thousand hectares of land under it, the government says more youth are getting involved in agricultural activities as they find organic farming cost-effective as well as healthy.

"We initiated this program 4 years back for ago for organic vegetables. There is a protocol defined worldwide under which we declare produce organic when cultivation reaches the fourth year which is free from all chemicals, etc," Ajaz Ahndrabi, Director, Agriculture, Kashmir,

The growing use of fertilizers and pesticides on vegetables and fruits has forced people to switch to organic food. The Indian government through various schemes is supporting organic farming in Kashmir. Kashmir has large agricultural and horticultural productions and now the government wants to push for healthy eating.

This retail market is Srinagar offers vegetables to people who have switched to organic foods and it's visible when the sale counters are empty within hours of the sale.

"People aren't fully aware of organic food, we don't use any chemicals for this. The government has provided us kits of worming composite. My entire village cultivates organic vegetables only," says Irshad Ahmad, an organic vegetable farmer.

Farmers say that this is taking them back to old times when farmers only used green manure instead of chemical-based fertilizers and Pesticides. India exported organic products worth 515 million dollars in the financial year 2017-2018. Now, the farmers are expecting the government to start these markets in every district of Kashmir to promote organic food and healthy eating.