Despite 97%, he couldn't get a medical seat in India: Father of Indian killed in Ukraine 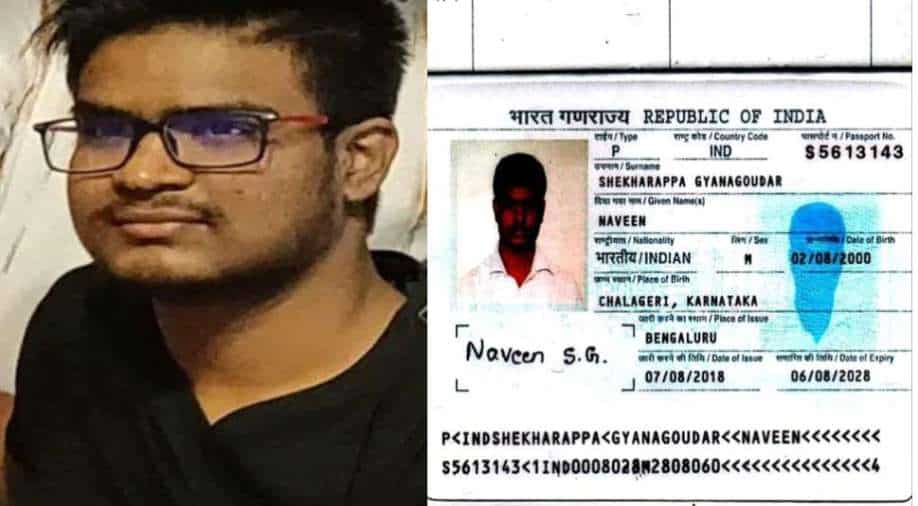 The father of Naveen Shekharappa, the Indian student who was killed in a Russian rocket attack on the Ukrainian city of Kharkiv on Tuesday, has said that his son was a topper who was forced to go abroad as he could not get a medical seat in India 'due to the system'.

On Tuesday, an Indian student was killed by Russian shelling in the war-torn Ukrainian city of Kharkiv.

Naveen Shekharappa Gyanagoudar had gone to a nearby store to make a purchase.

His friend later received a call from a local authority informing him that Naveen had died.

The 21-year-old's father, after his son's death, said that "despite scoring 97 per cent in PUC, my son could not secure a medical seat in State. To get a medical seat one has to give crores of rupees, and students are getting the same education abroad spending less money."

Despite scoring 97% in PUC, my son could not secure a medical seat in State. To get a medical seat one has to give crores of rupees&students are getting same education abroad spending less money, says father of Naveen Shekharappa, an Indian student who died in shelling in Ukraine pic.twitter.com/wXqArRW9eq

Naveen Shekharappa was a native of Karnataka's Haveri district.

The Indian student, who lost his life in shelling, was pursuing MBBS in Ukraine's Kharkiv National Medical University for the past six years.

Kharkiv is the second biggest city in Ukraine and under heavy Russian attack.