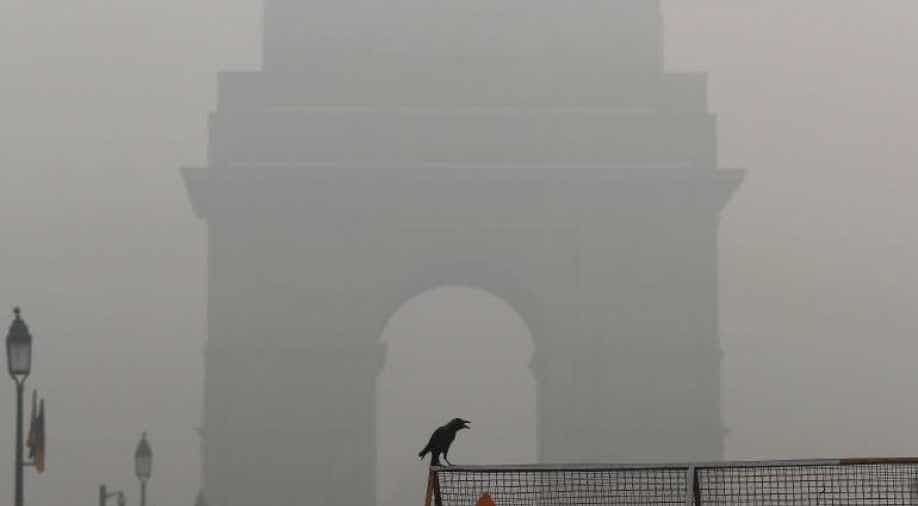 At 9 in the morning today, the overall AQI of Delhi docked at 381, which falls in the `very poor` category.

The past 24 hours have brought some relief to the people residing in the national capital and its adjoining areas such as Gurugram, Noida, Faridabad and Ghaziabad as the air quality index (AQI) on Tuesday slightly improved from `severe` to `very poor` category in Delhi-NCR, stated the Centre-run System of Air Quality and Weather Forecasting And Research (SAFAR).

Locals especially the middle-aged people complained of breathless and fatigue urged the Delhi government to take requisite measures to combat the menace.

"The pollution is increasing in Delhi. The government must do something. My children are also getting affected," said Pramod Sharma, a local while speaking to ANI.

"The government must roll out a policy so that the vehicles can be reduced on roads. I do cycling every day but now in this pollution, it is getting difficult for me. Things will become worse in the future if some actions are not taken," said Javed Ahmad, another local.

Due to a thick blanket of smog, the visibility in the city also dropped affecting the road traffic at major junctions such as Signature Bridge and Akshardham Temple road.

To curb air pollution, the Arvind Kejriwal-led government in Delhi has announced the implementation of the Odd-Even scheme from November 4 till November 15, 2019.