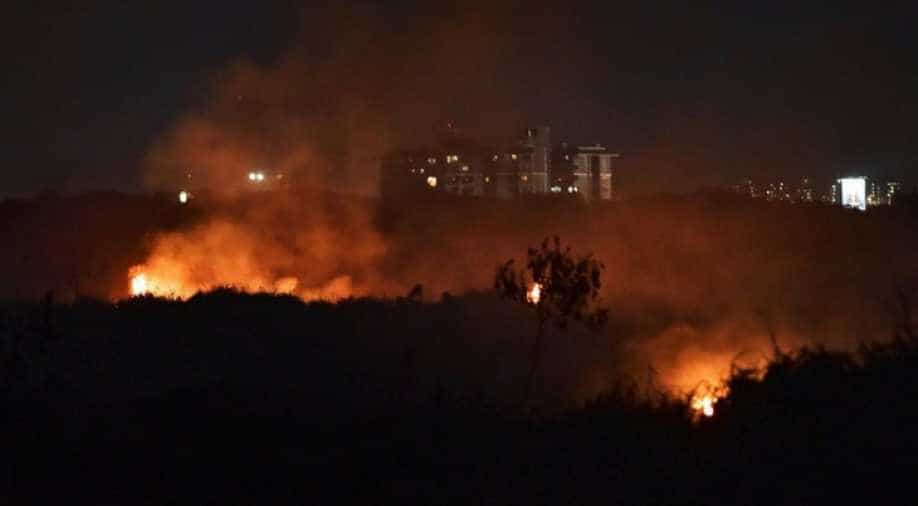 Bengaluru's 1,000-acre Bellandur Lake, which caught fire on Friday, is now under cooling operations after 5,000 army personnel and fire-fighting equipments were deployed to bring the fire that raged for seven hours, under control.

Bellandur Lake, the biggest water body of the city, which is full of pollution and toxic foam, could be seen with massive plumes of smoke billowing over it even from a distance.

The fire started at one spot on Friday evening but spread in two other places again. A jet fighter was appointed to curb the fire.

According to media reports, residents living on the Yemlur side of Bellandur spotted smoke in the lake known to be full of sewage, chemical effluents and construction debris around noon on Friday. Shortly thereafter, flames started rising.

Fire department officials are reportedly making concerted efforts to bring the fire under control under the supervision of Karnataka Lake Conservation and Development Authority (KLCDA) officials.

The cause of the fire is being attributed to locals burning the grassy land near the lake to get a fresh crop to feed their cattle.

Some areas located away from the waterbody are still burning.