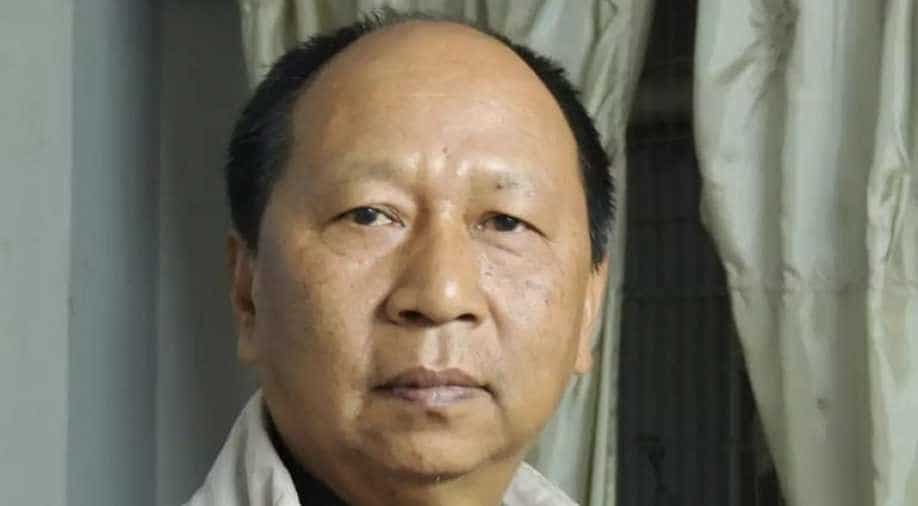 Poll for one Rajya Sabha seat is also scheduled to be held on June 19.

Congress MLA K Meghachandra Singh has submitted a notice to the Secretary of Manipur Assembly for the removal of the Assembly Speaker Yumnam Khemchand Singh for 'preponing the date for proceedings regarding disqualification of 7 Congress MLAs'.

These seven MLAs won the election on a Congress ticket in 2017 but defected later to BJP.

Poll for one Rajya Sabha seat is also scheduled to be held on June 19.

In 60-member Manipur Assembly, BJP emerged victorious in the 2017 Assembly elections and N Biren Singh was sworn in as the Chief Minister of the state. BJP had won 21 seats while Congress bagged 28 seats. One Congress MLA, who had defected to BJP, was disqualified by the Speaker tribunal earlier.

BJP currently enjoys support from four Naga People's Front (NPF) MLAs and one legislator of Lok Janshakti Party (LJP). After three resignations of three MLAs, BJP has 18 legislators left and have the support of five MLAs.

CLP leader Ibobi Singh said that he will be demanding for a floor test and stake claim to form the government.