Congress questions arrest of 2002 Akshardham attacker ahead of Gujarat polls 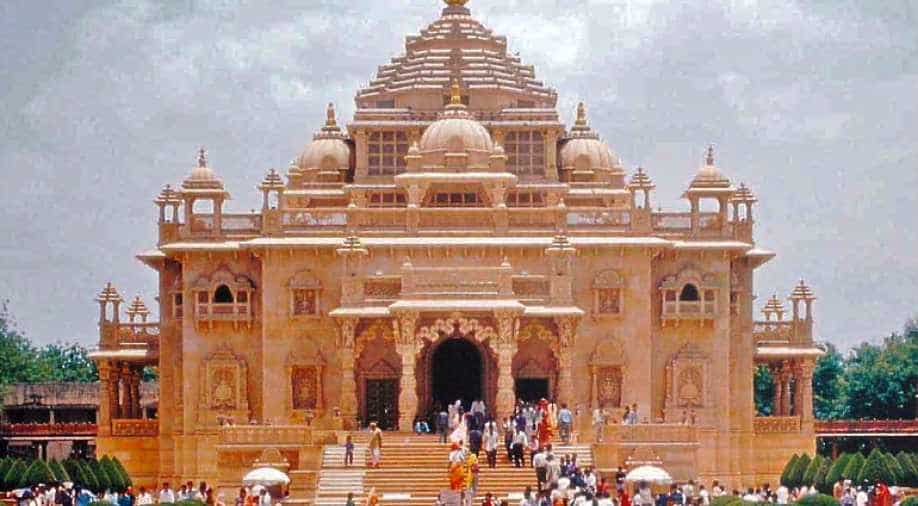 The terrorists attacked that was conducted on the Akshardham temple on September 24, 2002, had claimed the lives of 32 people, injuring several others.(Image source: Wikimedia Commons) Photograph:( Others )

The Congress on Sunday expressed suspicion over the arrest of Abdul Rashid Ajmeri, alleged prime conspirator of the terrorist attack on Gandhinagar Akshardham temple in 2002, ahead of the Gujarat Assembly elections.

Congress leader Tom Vadakkan told ANI, "Prime Minister Narendra Modi was the chief minister of Gujarat when this incident happened and he was not able to trace this culprit then. Now 15 years later, just before the Gujarat elections, he as the Prime Minister has been able to get hold of this culprit. Moreover, the culprit is arrested after the visit of the Prime Minister to the temple. There are too many coincidences," Vadakkan mooted.

He added that Vijay Rupani as Gujarat's Chief Minister has failed in all fronts of governance but it took Prime Minister Modi's prodding to capture the chief architect of the crime.

"It also happened very close to Gujarat`s elections, which is suspicious. But yes, I am happy that the terrorist has been arrested," Vadakkan said.

Earlier on Friday, Ajmeri, was arrested at the Ahmedabad airport after his arrival from Riyadh.

It was alleged that he had planned the terror attack and helped Lashkar-e-Taiba (LeT) in executing it. Ajmeri, an Ahmedabad resident, had absconded to Riyadh before the terror act was committed.

Two terrorists, allegedly with links to Pakistan-based LeT, had attacked the temple in Gandhinagar on September 24, 2002, killing 32 and injuring over 80 people.

The attackers were killed by the National Security Guard (NSG) commandos.

The Supreme Court had, in May 2014, acquitted all six convicts arrested earlier, including three facing death sentences, in the case.

The two-phase polling in the state is scheduled on December 9 and 14.