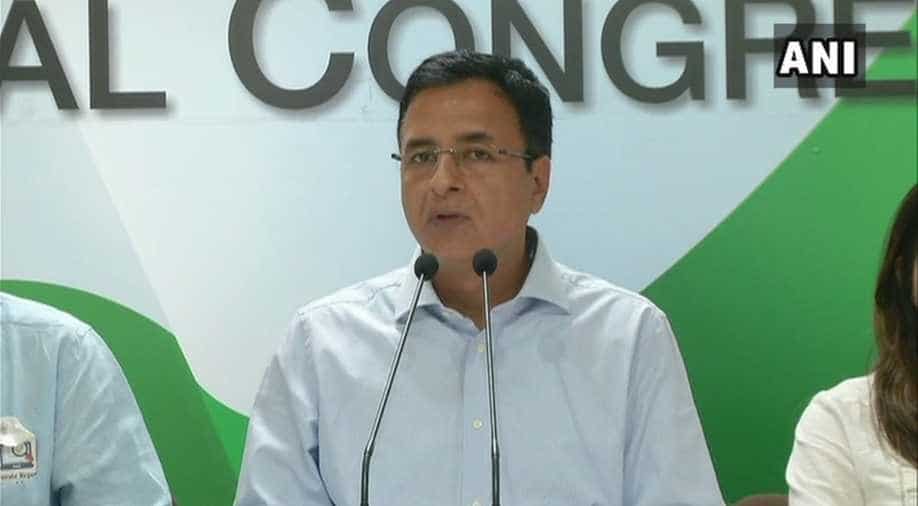 We will use all legal and constitutional rights available to us, says Randeep Surjewala of Congress in Delhi Photograph:( ANI )

Congress leader Abhishek Singhvi is the leading his party`s challenge.

Vajubhai Vala denigrates the Governor’s office,tramples upon Constitution,abuses the law & acts as a BJP puppet.

He chooses to serve his Master’s in BJP rather then serve the Constitution.

As @BJPKarnataka informed in advance, orders come from BJP HQ then the sanctity of office

According to television reports, the Congress wants an urgent hearing in the matter tonight. Congress is seeking a stay on Yeddyurappa's swearing-in.

The Congress said the Governor denigrated his office, trampled the Constitution and acted as a BJP puppet.

Karnataka Governor Vajubhai Vala has invited Yeddyurappa to take oath as Chief Minister on Thursday morning at the Raj Bhavan in Bengaluru.

Once more an occupant of a Raj Bhavan allows himself to be used as a rubber stamp. BJP announces (& then deletes) the details of #Yeddyurappa swearing in slated for tomorrow before it can be officially communicated.