Congress, JD(S) pretend to fight each other but are in 'tacit alliance': PM Modi 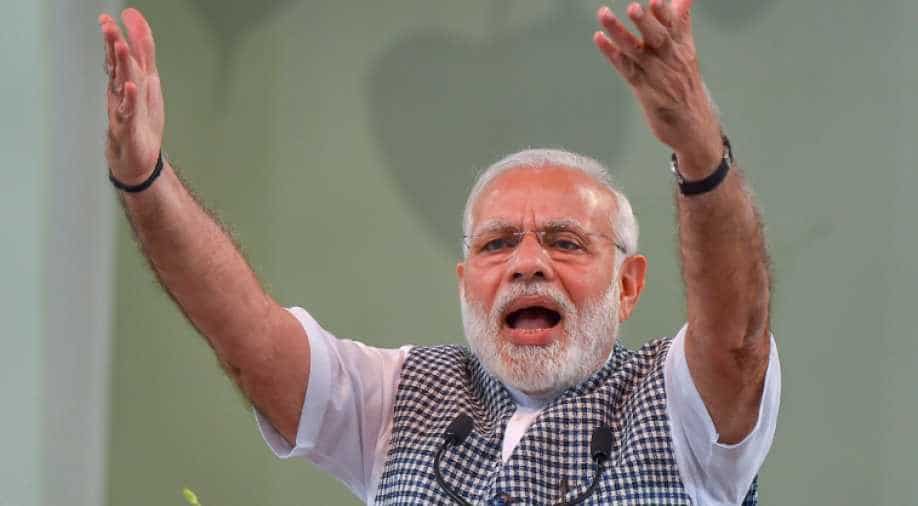 Prime Minister Narendra Modi said on Saturday that the Congress and Janata Dal (Secular) pretend to fight each other but are actually in "tacit alliance".

Addressing his first of the four rallies of the day here, Prime Minister Modi said the H.D. Deve Gowda-led party is working towards saving the Congress in Karnataka.

"People of Karnataka need to know the tacit alliance between Congress and JD(S)...they pretend to fight as opponents in Karnataka, but, in Bengaluru, the JD(S) supported a Congress mayor, who is sitting in the office. What is the deal between these two parties," the Prime Minister said here.

Further intensifying his attack on the ruling party in the state, the prime minister said for years the Congress kept on reiterating "Gareeb, Gareeb, Gareeb" but nothing came out of their 'rhetoric'.

He said the Congress has only made empty promises to the farmers, however, in reality, their "negligence towards the agriculture sector is very well known".

"I wish they were serious about the welfare of the farmers," he added.

Questioning the Rahul Gandhi-led party, Prime Minister said the former never did anything to solve the problem of water in Tumakuru.

"Why are the people of Tumakuru not getting water from the Hemavati River? The Congress government lacks concern for the farmers," Prime Minister said.

Prime Minister Modi said his government has worked on irrigation projects on which no work had happened for 30 years.

He said the Centre is also mulling on ways to increase coconut exports, which was never thought about by the Congress.

"Resources have been allocated for Tumakuru's development under Smart Cities project. These resources are aimed at transforming Tumakuru but the state government prefers to loot money rather than work for people's welfare," Prime Minister Modi.

Prime Minister Modi added that he has initiated a full-fledged battle against corruption and black money and will not tolerate any corrupt practices.