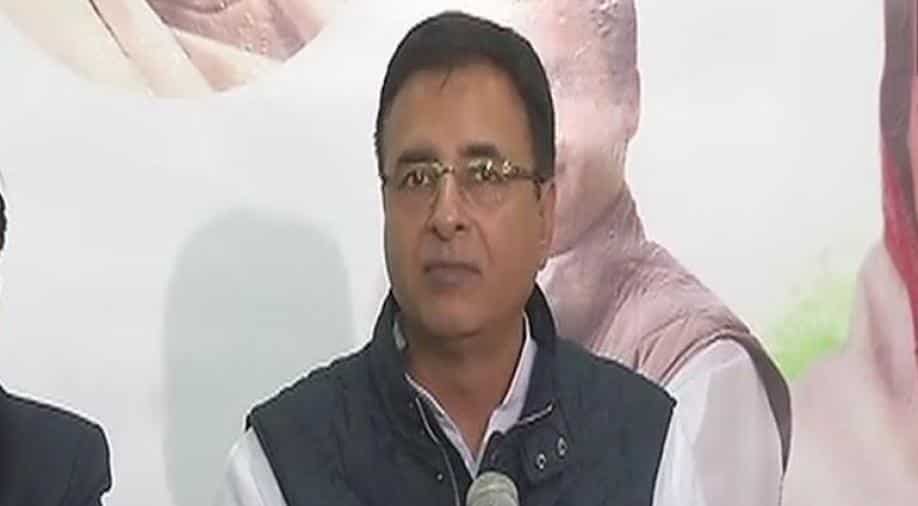 Prime Minister Modi had crossed all limits when he tried to belittle, humiliate and berate, he said Photograph:( Zee News Network )

Congress on Monday denied suspended party leader Sanjay Jha's claim that about a hundred party leaders had written to interim president Sonia Gandhi for elections to the Congress Working Committee and the party president`s post, according to reports.

Jha, who was sacked as party spokesperson recently tweeted "It is estimated that around 100 Congress leaders (including MPs), distressed at the state of affairs within the party, have written a letter to Mrs Sonia Gandhi, Congress President, asking for a change in political leadership and transparent elections in CWC."

"Of course, BJP stooges have started acting upon it," he added.

Meanwhile, Party Secretary Pranav Jha said "no such letter has been received" by the party.

Responding to a question, Congress spokesperson Supriya Shrinate said that "the party has internal democracy and the party gives liberty to such leaders to write a letter to the party and the CWC is well within the right to elect its leader"

The party alleged that such leaders are acting at the behest of the Bharatiya Janata Party.