Collective action needed to deal with terrorism: India at SCO 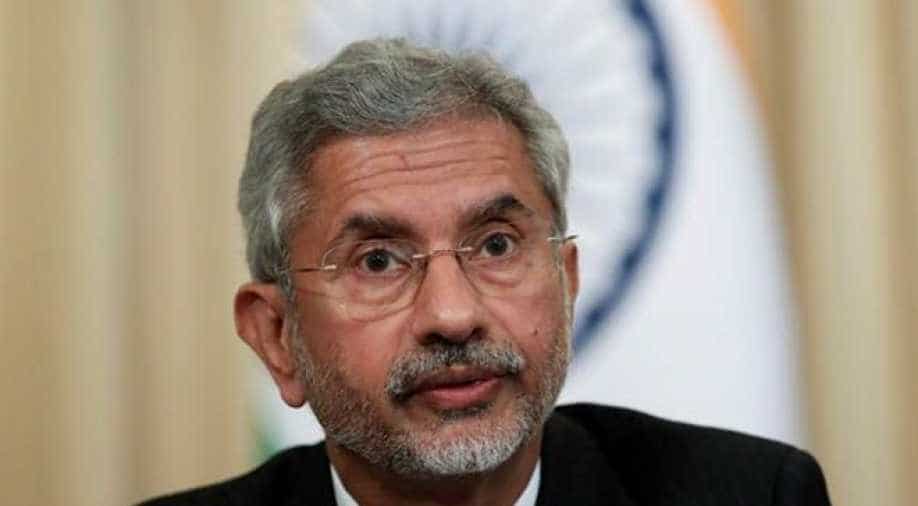 Jaishankar made the remarks at a video conference of foreign ministers of member countries of the SCO, a China-dominated influential bloc focusing on political and security-related issues.

External Affairs Minister S Jaishankar on Wednesday strongly pitched for "collective action" by the Shanghai Cooperation Organisation (SCO) in dealing with the overwhelming threat of terrorism.

Jaishankar made the remarks at a video conference of foreign ministers of member countries of the SCO, a China-dominated influential bloc focusing on political and security-related issues.

It was chaired by Russian Foreign Minister Sergey Lavrov and attended by his counterparts from all SCO countries including China's Wang Yi and Pakistan's Shah Mehmood Qureshi.

The conference extensively deliberated on the evolving situation in Afghanistan, holding that the peace process must take into consideration the aspirations of the Afghan people and stakes of the neighbouring countries.

Jaishankar underlined that the security challenges the region faced are not linked by physical or political boundaries, and that terrorism continues to be the overwhelming threat to security and stability in the SCO region, according to the Ministry of External Affairs.

He said collective action would be required to deal with the challenge.

The conference deliberated on the coronavirus crisis and possible areas of coordination among the SCO member countries in dealing with trade, economic and social consequences of the pandemic.

"Jaishankar reaffirmed India's strong commitment to the joint fight against COVID-19 pandemic and its readiness to share information, expertise and best practices to the SCO member states," the MEA said in a statement.

The foreign ministers also discussed the preparations for the upcoming SCO summit in Saint Petersburg.

The External Affairs Minister also highlighted the initiatives and various decisive steps taken by India in the wake of the pandemic, including the announcement of Rs 20 lakh crore economic package to stimulate economic growth.

"He also indicated that India is committed to work towards creation of a favourable environment for mutually beneficial trade-economic cooperation among the SCO members," the MEA said.

India became a full member of the China-dominated grouping in 2017 and New Delhi's entry into it increased the bloc's heft in regional geo-politics, besides giving it a pan-Asian hue.

India is also keen on deepening its security-related cooperation with the SCO and its Regional Anti-Terrorism Structure (RATS) which specifically deals with issues relating to security and defence.

India was an observer at the SCO since 2005 and has generally participated in the ministerial-level meetings of the grouping which focus mainly on security and economic cooperation in the Eurasian region.

Along with India, Pakistan was also granted membership of the SCO in 2017.

The SCO was founded at a summit in Shanghai in 2001 by the presidents of Russia, China, Kyrgyz Republic, Kazakhstan, Tajikistan and Uzbekistan.