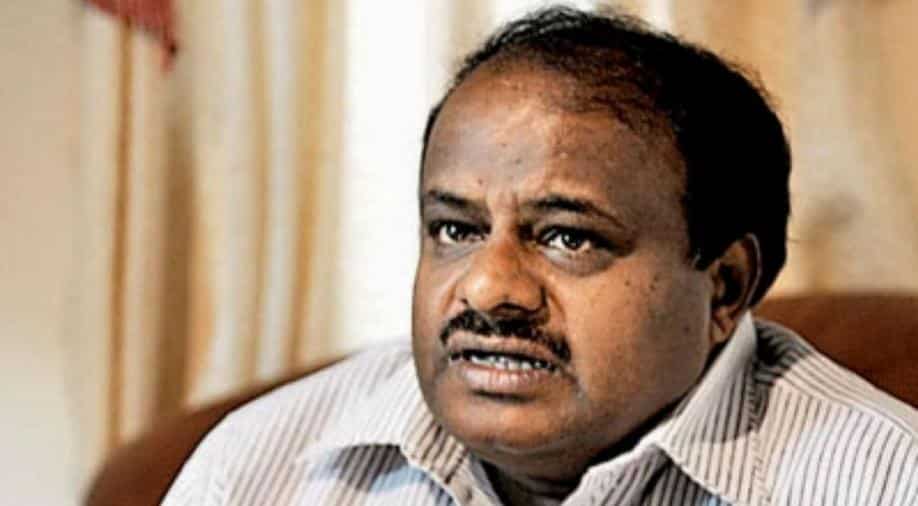 This comes a day after the resignation of Congress MLAs,  Anand Singh and Ramesh Jarkiholi from the Assembly, bringing the party`s strength down to 77.

The Chief Minister may change but Karnataka government will not dissolve, said Congress legislator Satish Ramappa at a time when cracks are seeming to appear in the JD(S)-Congress coalition, following the resignation of two MLAs of his party.

"I am not bothered about the resignations of MLAs. HD Kumaraswamy may remain as the Chief Minister or any other can come. I hope Kumaraswamy continues. The chief minister may change, but the government will not dissolve," Harihara constituency MLA Ramappa said while speaking to ANI here on Monday.

This comes a day after the resignation of Congress MLAs,  Anand Singh and Ramesh Jarkiholi from the Assembly, bringing the party`s strength down to 77.

State Forest Minister Satish Jarkiholi, brother of Ramesh Jarkiholi, said that the party had put in all the efforts to convince Ramesh but he did not agree to it.

"Ramesh had been talking about the resignation for the past six months. There is nothing new to it. The party tried to convince him but he did not agree to it. It is his personal matter. We will see when by-elections would come. More resignations can come but such moves will not affect our party," the Forest minister said.

Sources said as many as four MLAs may resign in the coming days, including Mahesh Kumathalli, Pratap Gowda Patil and BC Patil. Both JD(S) and Congress have repeatedly maintained that there is no threat to the alliance and the government would complete its full term.

In the recently held Lok Sabha polls, Congress and the JD(S) failed to make a mark with the BJP bagging 25 of the 28 seats along with an Independent backed by it, leaving just one seat each to the coalition partners.