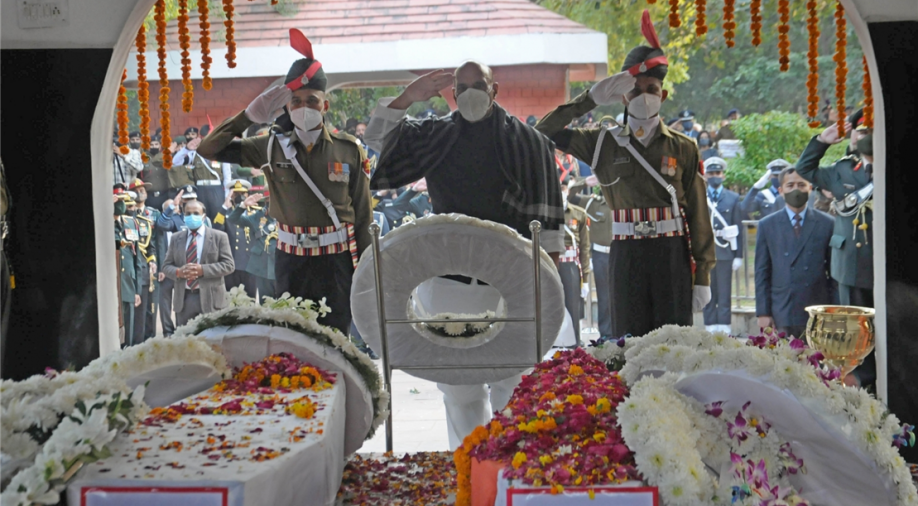 Over 25 countries extended condolences to New Delhi in the aftermath of the tragic death of India's Chief of Defence Staff General Bipin Rawat, his wife and 11 defence personnel in the helicopter crash that took place in the southern Indian state of Tamil Nadu.

Condolences were sent at the level of the head of government by six countries—Bhutan, Israel, Maldives, Mauritius, Sri Lanka, Nepal.

In fact, a special prayer ceremony was led by Bhutan's King and his father the Fourth King In Thimphu on Thursday morning for General Rawat & his wife. Indian envoy to Bhutan Ruchira Kamboj was also present in the prayers.

Not just at the head of the state level, condolences were sent personally by foreign ministers and defence ministers, and also through their ministries.

On Friday, many envoys visited General Rawat’s official residence at Kamraj Road in Delhi and also at the Brar Square crematorium.

UK, French, Israel, Maldives, Italy, Afghanistan envoys visited his residence to pay their respects. Germany and Indonesia were represented at deputy envoy level.  Pakistan was represented by its defence attaché and naval advisor.

The Indian Army and defence establishment have close linkages with forces of neighbouring countries like Nepal, Bhutan.

Gen Bipin Rawat as the Indian Army Chief was conferred with the honorary general of Nepalese Army. As a tradition, Indian and Nepali armies confer honorary rank of General to each other's army chiefs, signifying close military ties between both countries.