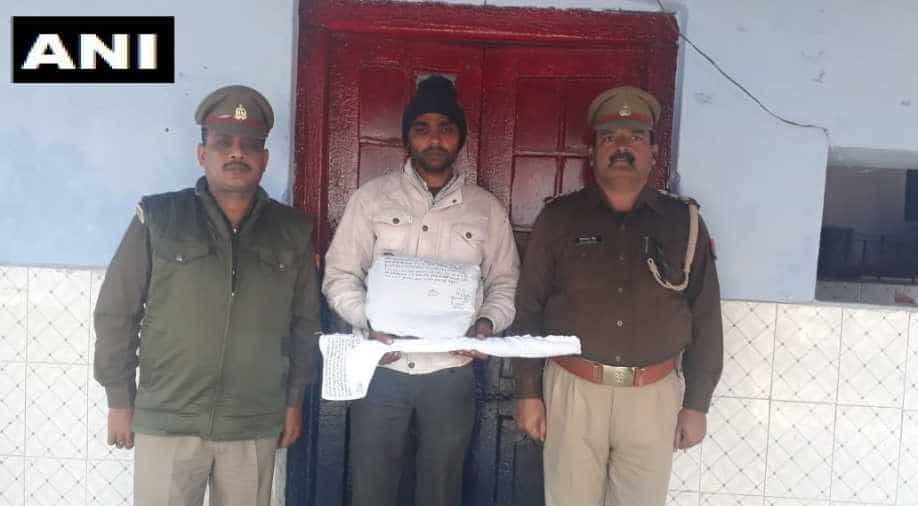 During the interrogation it was revealed that the man arrested was the one who attacked inspector Kumar with an axe.  Photograph:( ANI )

An axe has been recovered from the accused, he will be produced before the court today.

Additional SP Bulandshahr Atul Kumar Srivastava told media that during the interrogation it was revealed that the man arrested today was the one who attacked inspector Kumar with an axe.

"During interrogation, it was revealed that he was the person who attacked Inspector Subodh Kumar with an axe. The axe has been recovered from his possession; other accused persons will be arrested shortly," Srivastava told media.

#BulandshahrViolence case: An accused who allegedly attacked Inspector Subodh Kumar with an axe, has been arrested by the police. An axe was recovered from his possession. He will be produced before the court today. pic.twitter.com/vLso8gRoIb

On December 27, police arrested Prashant Natt, the man who allegedly shot inspector Singh. As per police, Natt has confessed to having shot at Singh.

Another accused Yogesh Raj, the convener of the district unit of Bajrang Dal, claims innocence and is absconding. So far, the police have been able to arrest four people.