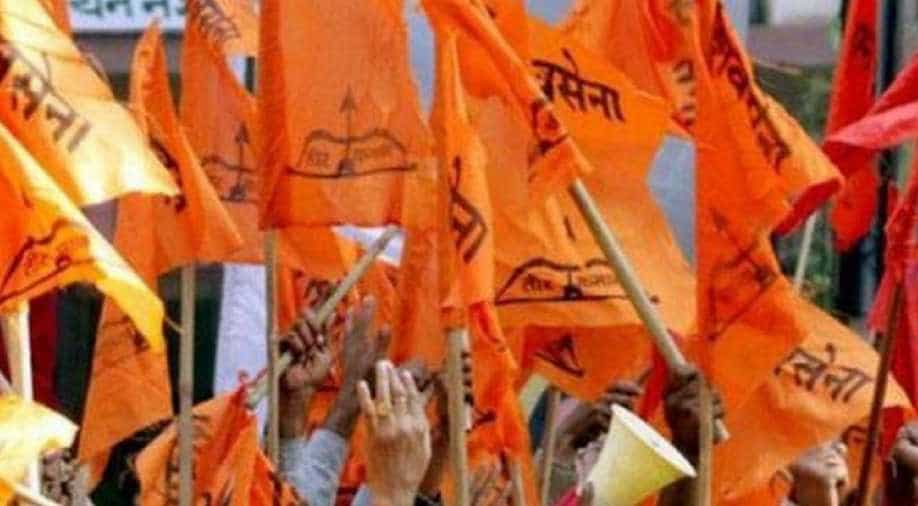 Taking a dig at its ally BJP over the recent debacle in Karnataka bypolls, the Shiv Sena Thursday said the poll outcome indicates that "acche din" (good days) will return for the Congress in 2019, when general elections are due.

The Uddhav Thackeray-led party also said the BJP's defeat in a string of Lok Sabha and assembly bypolls in the country would infuse a "fresh lease of life" in the Congress ahead of the Lok Sabha elections.

In an editorial laced with sarcasm in the party mouthpiece "Saamana", the Sena also said the Bhartiya Janata Party (BJP) probably lost in Karnataka for ignoring poll promises like the construction of a Ram temple in Ayodhya and for "imposing some other agenda".

Mocking the BJP, the edit said the party should think why its "losing streak" is continuing unabated even as some "revolutionary changes" are taking place in the country under the BJP-led government by its own admission.

The defeat was more stinging for the BJP as the party lost its bastion Ballari Lok Sabha seat to the Congress.

"The BJP would study and introspect its losses in the bypolls, starting from Uttar Pradesh, in its own way. But, when so much good is happening in the country and revolutionary changes are taking place according to the ruling party, then why its losing streak is not stopping? The defeat of the BJP (in various bypolls) would give a fresh lease of life to the Congress," the Sena said.

The BJP had suffered a stunning electoral upset in the bypolls for Kairana Lok Sabha and Noorpur assembly constituencies in Uttar Pradesh earlier this year, months after it lost bypolls for Gorakhpur and Phulpur Lok Sabha seats, also in UP.

The Sena, which is a constituent of the BJP-led coalition governments in Centre and Maharashtra, also questioned why the "jod-tod (make-break) mathematics of the BJP is not working now".

The allies of the ruling party must be wondering now about what happened to the 'Modi-wave' prevailing in 2014, it said.

The Sena said the BJP's announcement for "Congress-mukt Bharat" seems to have fallen flat on face.

"The BJP had spoken about a Congress-free India in 2014 and promised to usher in 'acche din'. However, in a span of just four years, the 'Congress-mukt Bharat' slogan seems to be falling flat. At the same time, the results of Karnataka by-polls indicate that 'Acche din' are returning for the Congress," it said.

From clinching 282 seats in 2014 Lok Sabha polls, the BJP has lost 10 seats in the subsequent bypolls, and that the recent poll outcome should ring alarm bells for the party, the edit said.

"This (poll) outcome may be the result of the BJP keeping its promises of Ram temple, abolishing article 370 and Uniform Civil Code at the side and imposing some other agenda," the Sena said sarcastically in its edit.

The Karnataka BJP had said the Congress and the JD(S) won the elections by "misusing money and power".