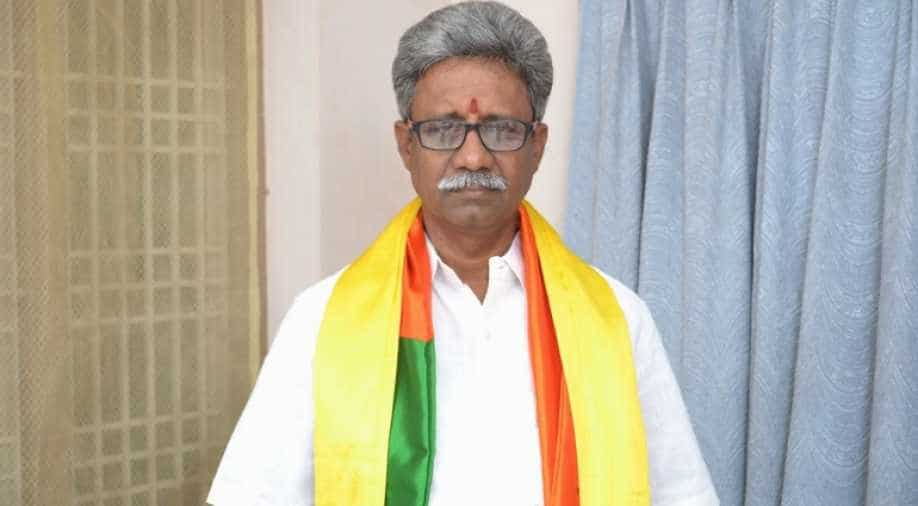 Rao also threatened to go on an indefinite fast if the chief minister did not address the issues within 15 days.

Rao also threatened to go on an indefinite fast if the chief minister did not address the issues within 15 days.

Naidu, however, brushed it aside saying the resignation was "politically motivated."

Manikyala Rao served as the Endowments minister in the Naidu Cabinet from June 2014 to March 2018 when the TDP and the BJP were in alliance.

He quit as minister after the TDP pulled out of the NDA and severed ties with the BJP.

Addressing a press conference in his hometown, Rao alleged the Naidu government totally neglected the development of West Godavari district in general and Tadepalligudem Assembly constituency in particular.

"For the past three months, I have been repeatedly requesting the chief minister to resolve the problems related to my constituency but to no avail.

The government has not been taking up any development in the constituency only because the TDP doesn't exist here," he alleged.

"I feel ashamed being a member of the House. Develop the constituency at least by removing me. You may forward my resignation to the Assembly Speaker," Rao said in the letter.

Asked about this, the Chief Minister said at a press conference that he would have been happy if the MLA resigned in protest against the Centre's indifference towards Polavaram project.

"West Godavari is special to me as people of the district gave me all the 15 Assembly seats. I will do everything for the district's development even going out of the way. The MLA's resignation is politically motivated," Chandrababu remarked.