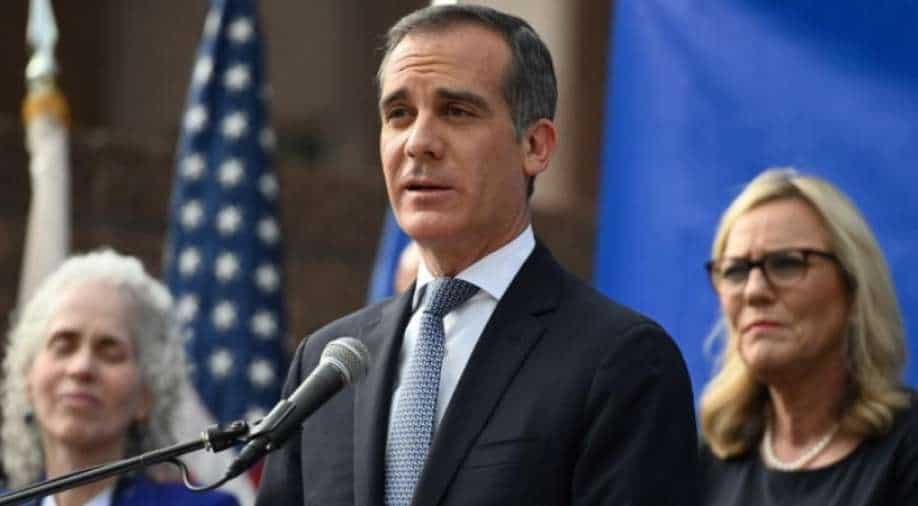 Garcetti, 50, who served as the co-chair of Biden's presidential campaign, was initially considered for the Cabinet.

US President Joe Biden is expected to nominate Los Angeles Mayor Eric Garcetti, a trusted political ally, as America's next ambassador to India, according to media reports.

Biden is expected to announce the names of political ambassadors, including for India, as soon as next week, according to a report in Axios.

President Biden, a Democrat, is also expected to announce Nicholas Burns as the ambassador to China and Rahm Emanuel and Tom Nides as ambassadors to Japan and Israel respectively, the report in the American news website said on Wednesday.

Garcetti, 50, who served as the co-chair of Biden's presidential campaign, was initially considered for the Cabinet.

Garcetti is the 42nd Mayor of Los Angeles, the second-largest city in the United States, after New York City.

The important position of the US envoy to India has been lying vacant since January 20.

In the absence of a full-time ambassador, Daniel Smith, the director of the Foreign Service Institute, who recently served as acting Secretary of State and Acting Deputy Secretary of State, has been sent to New Delhi to serve as Charge d'Affaires, ad interim.

However, the White House declined to comment on the nomination of Burns or Garcetti, saying no one is final until they're announced," an AP news report said.

According to the Axios report, the White House is still finishing the vetting process for potential ambassadors, including Garcetti, following which, Biden is expected to formally send more than a dozen names to the Senate to begin the confirmation process for his first batch of political ambassadors, which also include appointments for France, Italy and Canada.

The president began reviewing names of potential ambassadors in March, and officials are putting a premium on diversity in assembling the first batch that he'll send to the Senate, the report said.