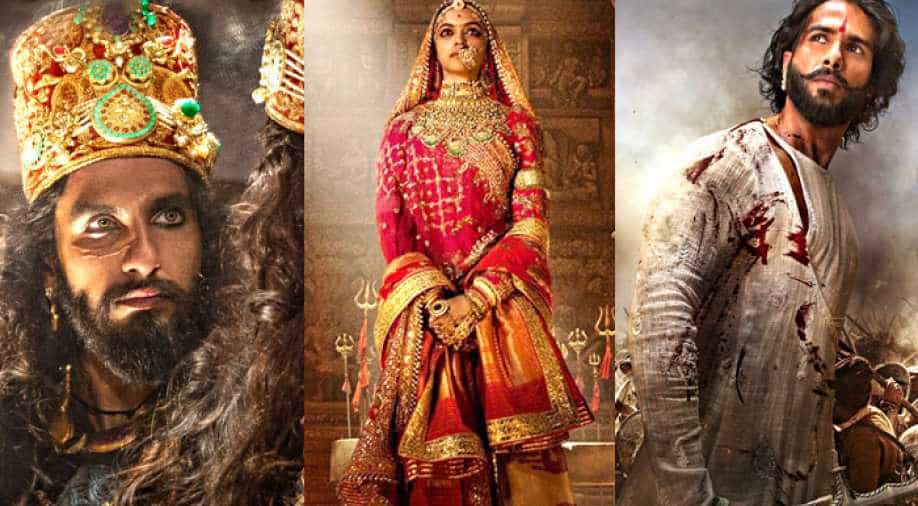 Deepika plays the titular role of Padmavati, the wife of the king of Chittor. The role of her husband is played by Shahid Kapoor, while Ranveer Singh plays Sultan Alauddin Khilji. Photograph:( Twitter )

Trailer of Sanjay Leela Bhansali's film "Padmavati" was released Monday at sharp 1:03 pm to coincide with the year 1303 AD when the actual event of Chittorgarh's siege took place by Alauddin Khilji.

The movie carries the historical tale of Chittorgarh siege when Sultan Alauddin Khilji lays siege on the Chittor fort and both King Maharawal Ratan Singh played by Shahid Kapoor and Queen Padmavati played by Deepika Padukone lose their lives along with the castle.

The trailer released today brings back Bhansali's power direction on screen with the emotional portrayal of characters by all actors.

The romance-war period drama plays on sepia colours that add an authentic 14th century feel when the Rajputs ruled in the northern belt of India.

The war sequences are grand and paint the royal landscape with finesse.

Outfits of all three characters do justice with Rani Padmavati looking every bit Rajputani pride.

What takes the cake is the fluent portrayal of antagonist that Ranveer carries forward. He looks very much the villain --dark, self-obsessed and daunting.

The background score sounds promising --pays homage to Padmavati through lyrics "Rani sa Rajputi shaan hai, Rani sa mhaari aan baan hai" (The Queen is the pride of the Rajputs, she is our honour and dignity.)

The film is scheduled for a release on December 1.