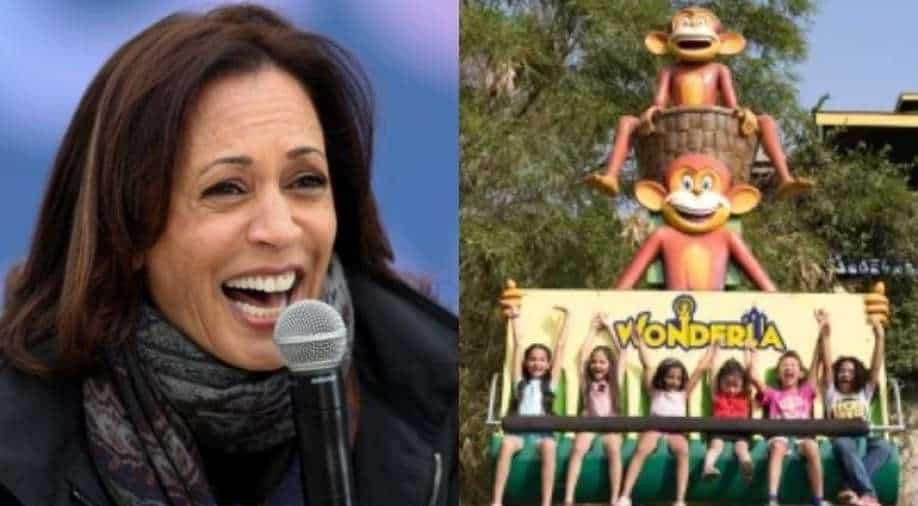 The offer has also coincided with International Girl Child Day, which is celebrated on January 24

An amusement park in India has come up with a  unique and fun way to celebrate Indian-origin US Vice President Kamala Harris' win in the recently-concluded US election 2020.

Wonderla, a popular amusement park in a Bengaluru, a city in the southern state of Karnataka, has started an exclusive offer for people who share their name with the recently-elected US Vice President.

Any visitor whose name is Kamala will be given free entry into the amusement park in Bengaluru and its other branches in Kochi and Hyderabad.

This Sunday all Kamala's WIN!  Any guest in the name of Kamala will get a free entry to the park on Sunday, 24th Jan...

In fact, anyone with similar names such as Kamla, Kama and Kamalam can also get free entry in the amusement park. However, no other variations of the name will be allowed to avail the offer.

However, there is a condition. "The offer is available only for the first 100 guests eligible for the offer under each park," the Facebook post clarified.

The offer has also coincided with Girl Child Day, which is being celebrated on January 24 in India.

Harris is the first South Asian-origin, African-American woman to become the Vice President of the United States of America. She was sworn in for her post on January 20 in an inauguration ceremony held in Washington.