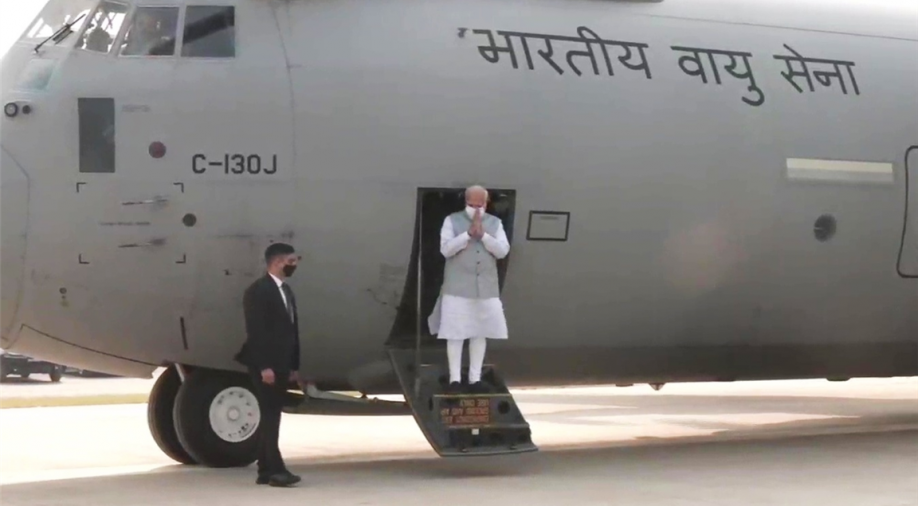 The 3.2 kilometre-long airstrip has been constructed on the expressway to facilitate the emergency landing of fighter aircraft.

The 341-km expressway aims to reduce travel time state capital Lucknow with Ghazipur from 6 hours to 3.5 hours. It has been constructed at an estimated cost of Rs 22,500 crore.

From the airstrip venue, the prime minister will witness an air show by different aircraft.

The over 340-km-long expressway will have seven major bridges, seven railway overbridges, 114 minor bridges, and 271 underpasses.

An official statement said that the six-lane expressway can be expanded to eight lanes in future.

Awanish K Awasthi, Additional Chief Secretary in the UP govt's home department, told news agency ANI that the foundation laying of the Purvanchal Expressway was done in July 2018 and within 36 months the work had been completed despite COVID-19 outbreak, and without time or cost overrun.

C-130J, also known as the Super Hercules, is a military aircraft that is meant for special operations and has the capability to land at short and rough airstrips.

C-130J Super Hercules aircraft is designed and manufactured by American defence company Lockheed Martin. It has a landing distance of 914 metres and a range of 4,000 kilometres.

The C-130J aircraft conducted its first flight in 1996 and completed a million flight hours worldwide by 2013.

As of September 2021, the C-130J Super Hercules aircraft has clocked in over 2 million flight hours.

The 2013 highest landing by the Indian Air Force took place at the Daulat Beg Oldi airstrip in Ladakh at the height of 16,614 ft.