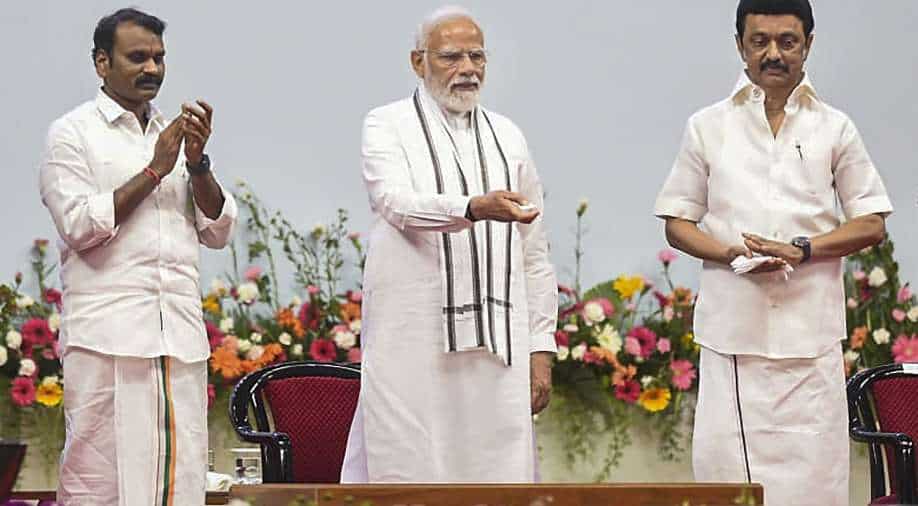 The prime minister's emphasis on India's assistance to Sri Lanka gains significance, given the deep cultural and linguistic ties shared between the people of Tamil Nadu and the Sri Lankan Tamils

The prime minister was at an event in Chennai to inaugurate and lay foundation stones for government projects, including highways, railways, gas pipelines and housing, worth over Rs. 31,000 crores.

The prime minister's emphasis on India's assistance to Sri Lanka gains significance, given the deep cultural and linguistic ties shared between the people of Tamil Nadu and the Sri Lankan Tamils.

It is notable that Tamil Nadu is the most proximate Indian state to Sri Lanka and that Lankan nationals have been fleeing, via fishing boats, from their homeland to illegally enter the southern state. So far, nearly 70 people, including senior citizens, women and infants, have fled since the economic crisis began there.

Modi also elaborated on the assistance that Indian organisations and private individuals have been offering to Sri Lanka, especially the Lankan Tamil community that is spread across the north, east and central highland regions of the Indian Ocean littoral state.

Further, he listed out that the Indian government is undertaking projects that are spread across the domains of healthcare, transportation, housing and culture, to support the Tamil people of Sri Lanka.

Since March 2022, Sri Lanka has been witnessing skyrocketing prices of essentials and a massive shortage of foreign currency that has further crippled its ability to import fuel and other commodities.

This economic crisis has also sparked severe protests and political unrest in the island nation, with common people occupying the entrance to the president's office and demanding his resignation.