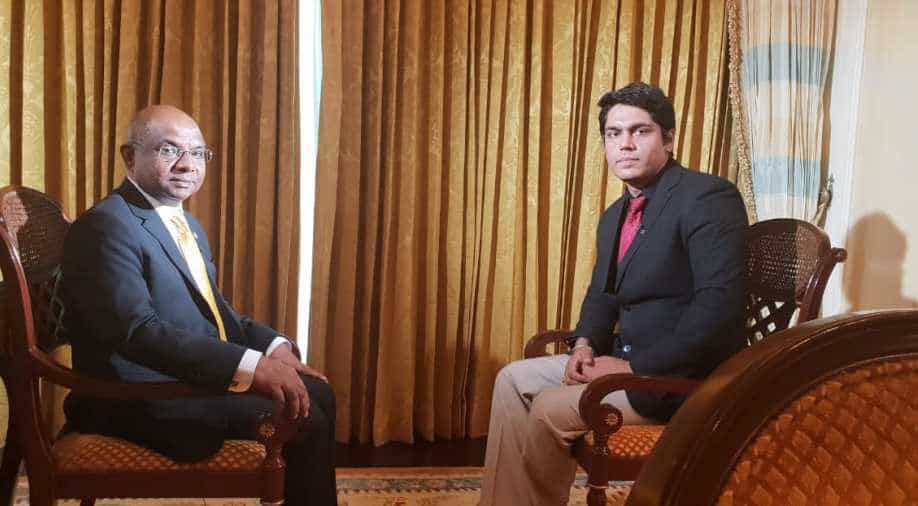 Shahid said that his country strongly believes that 'each and every country has the right to decide on its constitution'.

The Maldives has lauded India for its help in training its cricket team which was announced after PM Modi and the President of Maldives Solih's bilateral meeting on the sidelines of UNGA. Maldivian foreign minister Abdulla Shahid, while speaking to WION's diplomatic correspondent Sidhant Sibal in New York, said that the removal of the special status for Jammu and Kashmir is not for other countries to decide on.

Here's the full transcript of the exclusive interview.

WION: How do you see India-Maldives ties?

Abdulla Shahid: The relationship between our countries have never been better. There is mutual respect. There is an understanding between our governments and leadership. There is a partnership, irrespective of the size of the countries, irrespective of the size of the populations, there are common goals. Common goals of security and development. Here, in New York when the President and the Prime Minister met, the meeting was cordial and they are meeting for the fourth time within a span of 11 months. Shows how strong the partnership is.

WION: India plans to train your cricket team, how will it help people-to-people ties?

Abdulla Shahid: We have a growing relationship and people are in love with cricket. Your cricket team is the best in the world. Some of the best cricketers and some of the best cricket training opportunities. We have seen how India has assisted Afghanistan to come on to the world stage. It is our hope, with the training opportunities which are given to the Maldivian players, we will be able to follow the same path and one day may come out and beat your team.

WION: Does your country back New Delhi on Kashmir?

Abdulla Shahid: We have a principled foreign policy. We do not look at the issues at hand but principles on which things are decided and we strongly feel that each and every country has the right to decide on its constitution and the constitutional changes India brought about are not for other countries to decide and we respect that.

Abdulla Shahid: Currently we have 5 Indian cities connected to Male. I hope there will be more air connectivity. Indian tourist arrivals have jumped, they have come to be number 3 in arrivals. There has been a 100 per cent increase in Indian tourist arrivals. During PM Modi's visit, we signed an MoU by sea connectivity. The Ambassador has informed that within the next 2 months, the Cochin Kulhudhuffushi Male ferry will begin.

WION: How big is climate change an issue for you?

Abdulla Shahid: Climate change is a very big issue for us because climate change and degradation of the environment is an existential issue. It a threat to the country and the Maldives is one of the low-lying island states in the world. If there is a rise in sea level by 3-4 meters we are finished. We can't let it happen. We still trust humanity. We still believe countries will come together and save the planet. We are happy that India is leading on climate change issues on many fronts. One of them is solar alliance which Indian Prime Minister Modi has initiated and we are part of it.

WION: The key focus for your country at this year's UNGA?

Abdulla Shahid: We want to consolidate democracy in the Maldives. President Solih, in his speech at UNGA, highlighted where we have come from and how far we have come. We have come from a total dictatorship, from a government which totally ignored human rights and abused power. We want to establish the Maldives where democracy is consolidated and human rights are respected. Today we saw, UN SG in his statement, one of the success stories he highlighted was the Maldives.