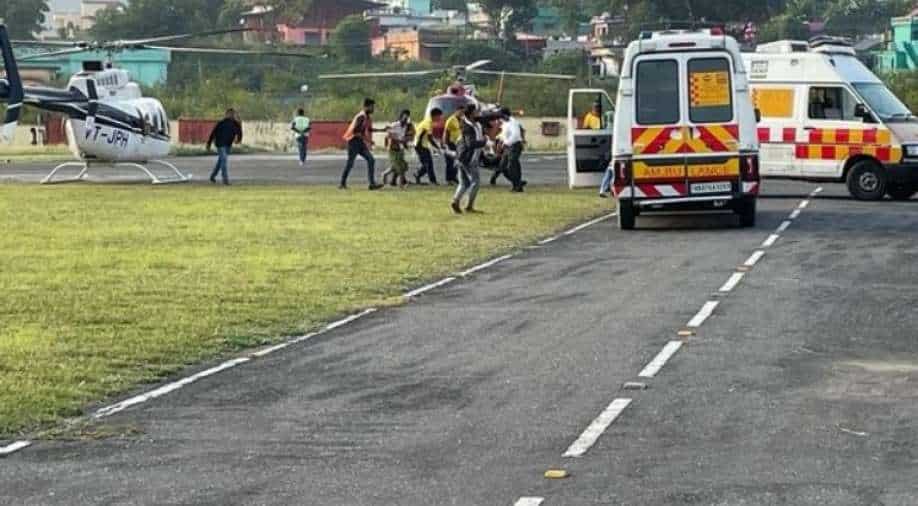 In another tweet, he also ordered to airlift three people who have been injured in Chamoli district's Maithana village.

Rescue operations by the local administration and Disaster management agencies were launched, as per the district magistrate Himanshu Khurana.

On Thursday, Union Home Minister Amit Shah conducted an aerial survey of rain-affected areas of Uttarakhand and said effective coordination between various agencies and timely warnings had helped contain the loss of life and property in the state.

The death toll in the rain-battered Uttarakhand has mounted to 64 and 11 people are still missing according to official estimates.