A day after being flagged off, Vande Bharat Express runs into trouble 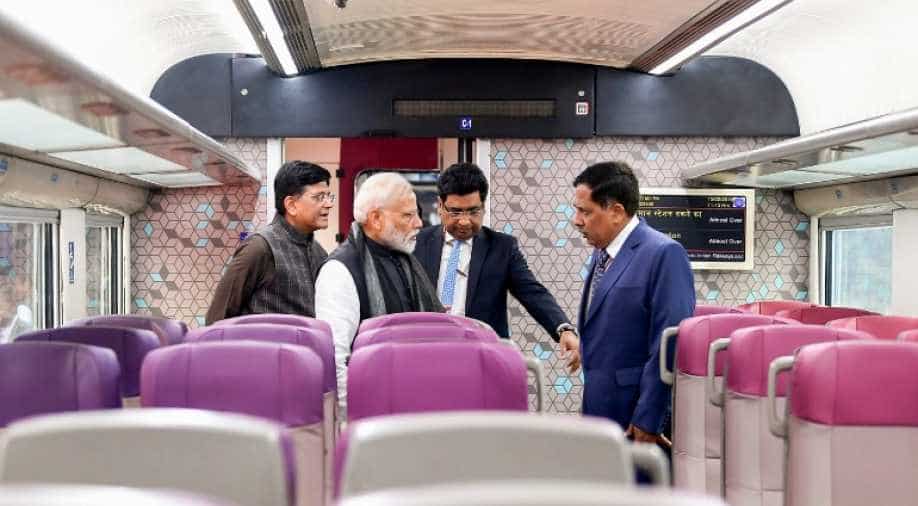 'It was a case of skidding wheels after the train ran over a cattle. Engineers are looking into it,' Northern Railway CPRO Deepak Kumar said.

A day after it was flagged off by Prime Minister Narendra Modi, India's first semi-high speed train, Vande Bharat Express, ran into some trouble early Saturday, with officials saying that it was a case of "skidding wheels" which is being looked into by engineers.

The incident occurred around 15 kilometres from Tundla junction in Uttar Pradesh.

The train was coming back from Varanasi to get ready for its first commercial run on February 17.

"It was a case of skidding wheels after the train ran over a cattle. Engineers are looking into it," Northern Railway CPRO Deepak Kumar said.

According to sources, including several journalists on board the train, it was stuck near Tundla for over an hour.

After removing the obstacles, the train resumed its journey to Delhi at around 8:15 am, officials said.

The train had left Varanasi Junction at 10.30 pm for Delhi Friday, nearly 45 minutes after reaching the holy city on its inaugural journey.

"This disruption appears to be because of a possible cattle run over. The train was returning at night and cattle run over is a possibility at odd times," Railway Spokesperson Smita Vats Sharma said, adding this was not a commercial run, which is scheduled to start from Sunday.

Train 18, which was recently rechristened Vande Bharat Express by Railway Minister Piyush Goyal, has been manufactured by the Integral Coach Factory, Chennai.

It became India's fastest train by hitting speeds of over 180 kmph during a trial run on a section of the Delhi-Mumbai Rajdhani route.