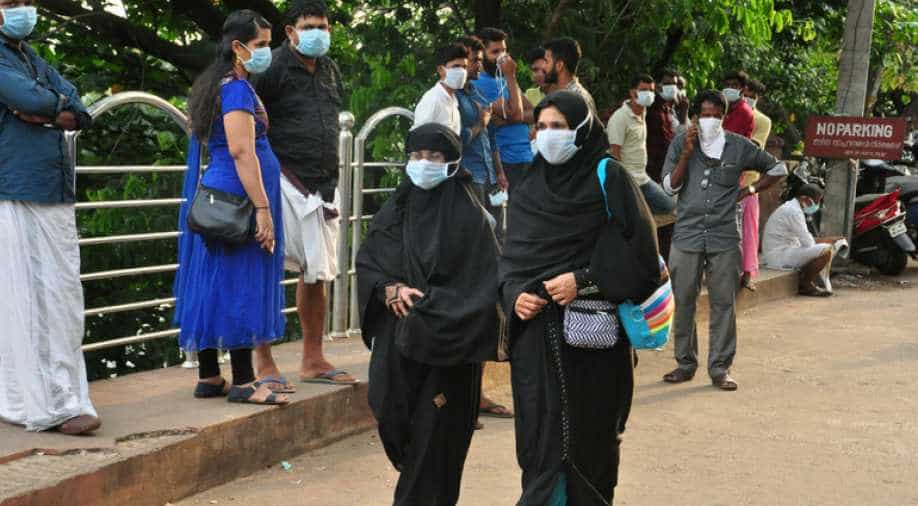 People wearing masks are seen at a hospital in Kozhikode, Kerala. Photograph:( Reuters )

The samples of six patients have been sent to National Institute of Virology in Pune and results will be available by Thursday.

Seven people suspected of having contracted Nipah virus have been admitted to a hospital here and the condition of the patient diagnosed with the virus is now stable, Kerala Health Minister K K Shailaja said on Wednesday after a review meeting with officials.

The samples of six patients have been sent to National Institute of Virology in Pune and results will be available by Thursday.

Earlier in the day, Shailaja had informed that five more persons were under observation in the wake of a scare over Nipah virus.

On Tuesday, Union Minister for Health and Family Welfare Dr Harsh Vardhan said that the Centre had rushed a team of doctors to Kerala for investigation in the wake of the scare of Nipah virus.

He had asserted that he is "very vigorously" following the situation.

Nipah virus, which killed 17 people in Kerala last year, is transmitted from animals to humans and then spreads through people to people contact, causing respiratory illness.