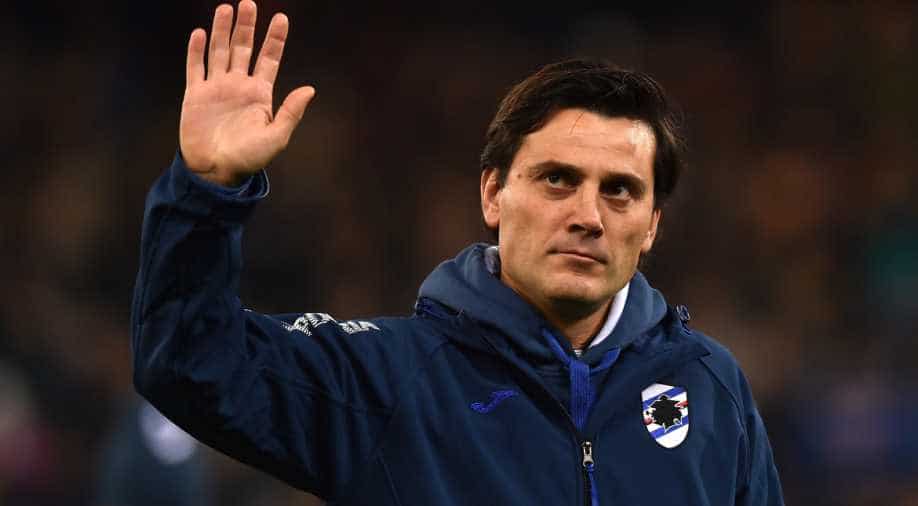 Montella, who took over at Sampdoria last November and led them to 15th in Serie A, represented Italy 20 times between 1999 and 2005, scoring three times for his country. Photograph:( Getty )

Follow Us
AC Milan have appointed former Fiorentina and Sampdoria boss Vincenzo Montella as their new manager on a two-year contract, the Serie A club said on their website on Tuesday.

The 42-year-old will begin work with the Italian side from July 1 and will replace Cristian Brocchi, who took charge on an interim basis after Sinisa Mihajlovic was sacked in April.

The former striker has also managed at Catania after a playing career that took him to Empoli, Genoa, Sampdoria and AS Roma, as well as a brief loan spell at English side Fulham in 2007.

Montella, who took over at Sampdoria last November and led them to 15th in Serie A, represented Italy 20 times between 1999 and 2005, scoring three times for his country.

"It is the belief of the club that the style of play of the new Rossoneri coach will be the basis of an important, fruitful and positive collaboration," the club said in a statement on their website.

"Heartfelt thanks to Cristian Brocchi for the enthusiasm, preparation and intensity with which he approached his career as Milan coach with the youth sides and the first team."

Milan, who lost to Juventus in the Coppa Italia final last month, finished seventh in the league last season and will miss out on Europe for a third successive campaign.