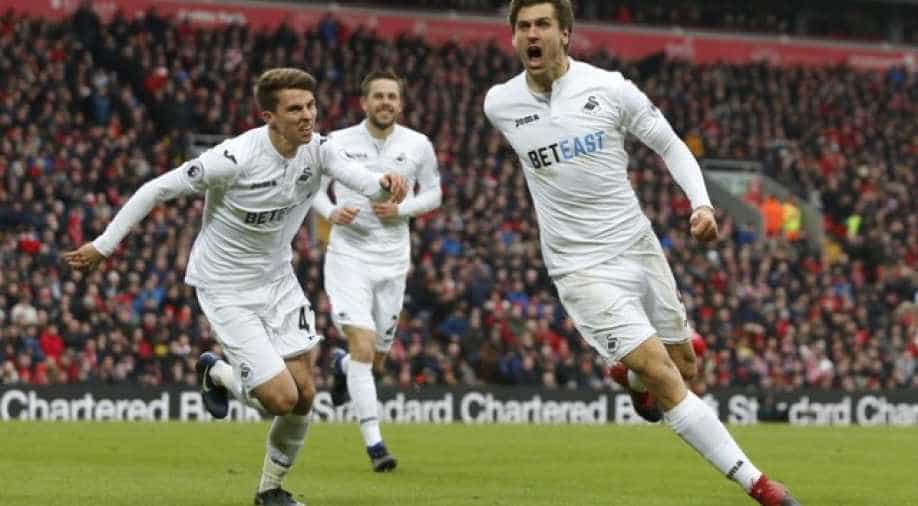 Liverpool's title bid suffered a serious after they lost to bottom-placed Swansea City 3-2 at Anfield on Saturday.

But Swansea's stunning win means they have leapt out of the relegation places, thanks to Spanish international Fernando Llorente two goals and a dramatic winner by Gylfi Sigurdsson in the 74th minute of the match.

The first half was a tepid affair but the match came alive in the second half when Swansea took the lead and soon doubled their advantage.

The double blow woke up Jurgen Klopp's side as Roberto Firmino scored two delicious goals to drag his team back into the match.

And when Liverpool were the odds-on favourite to cap off a remarkable comeback, Swansea unexpectedly struck a third goal before they saw off a nervy 15 minutes to emerge victors.