Is Carlos Tevez too fat to play? 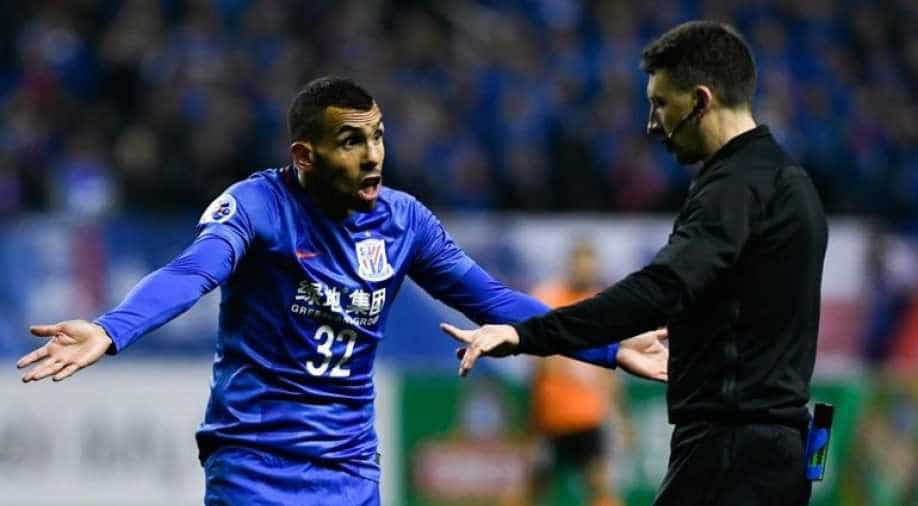 Tevez reacts to a referee during the AFC Champions League 2017 play-off match between Shanghai Shenhua and Brisbane Roar in Shanghai. Photograph:( Reuters )

When Carlos Tevez emerged in airport arrivals in Shanghai he had a bunch of flowers thrust into his hands and his signing was heralded as a coup for Chinese football.

A blue Shanghai Shenhua scarf was thrown around his neck and hundreds of fans mobbed the Argentine forward, who had just sealed a transfer deal making him at that moment the best-paid footballer on the planet.

But just eight months later the 33-year-old has become a symbol of Chinese clubs' largesse that the Beijing government hopes will never be repeated.

Chinese fans and media have an unflattering nickname for Tevez, "Very Homesick Boy", a play on how his name is pronounced in Chinese and a nod to problems he has had throughout his career settling anywhere.

Tevez, who reportedly pockets about $850,000 a week, has never stuck around for long at any club during a career that started at Boca Juniors in Argentina and took him to Brazil, England, Italy and back to Boca, before his surprise move to China in January.

Nobody expected him to stay long term in Shanghai.

But even his knockers are surprised at how quickly his Chinese adventure has unraveled and how poorly he has done on the pitch during a season dogged by injury and indifferent form.

New Shenhua coach Wu Jingui last week accused Tevez of being too overweight to play, then two days later said he had shown a better attitude and was doing extra training of his own will.

"With his current attitude we will see a different Tevez," Wu said.

When Tevez was brought on by Wu for the second half of Saturday's derby at Shanghai SIPG the Argentine was met with a muted reception from the travelling Shenhua fans, though a few booed.

Shenhua were soon 3-0 down and although Tevez scored his third Chinese Super League (CSL) goal, they were hammered 6-1.

Given his travails, fans had been fully expecting Tevez to leave when the season ends in November.

Now it would surprise nobody if Shenhua -- struggling in the bottom quarter of the league -- decided to cut their losses and let him go home before that.

Tevez, a former Argentina international whose past clubs include Manchester United, Manchester City and Juventus, has made few public comments.

Many did not expect him to come back to China, and few cared if he did.

But while in Argentina he was quoted as saying that a return to Boca would be "very difficult".

"The Chinese are not stupid," Tevez reportedly said.

The honeymoon period in Shanghai lasted only three months.

In April, Shenhua fans hit out at Tevez when he was spotted at Shanghai Disneyland while his team were playing.

The player countered that he was injured and was entitled to spend time with his family.

A month later Poyet gave an insight into Tevez's struggles to settle in Shanghai, China's most cosmopolitan city.

"The language is complicated, but with the food there are people who suffer a little more and that happened to Tevez," Poyet told Argentina's La Nacion newspaper.

"At the beginning, he ate almost nothing.

"We had a barbecue with (Shenhua players Fredy) Guarin and (Giovanni) Moreno and we had to remove the Chinese food."

Shenhua coach Wu is hopeful Tevez will belatedly come good to rescue a team that has lost five CSL matches on the trot and is in crisis.

"His experience and level is not in doubt, it's not like he needs to prove himself in the CSL," Wu said.

"In some ways, he had some adaptation problems since he came here, but you can see that his arrival has brought more attention to Shenhua."