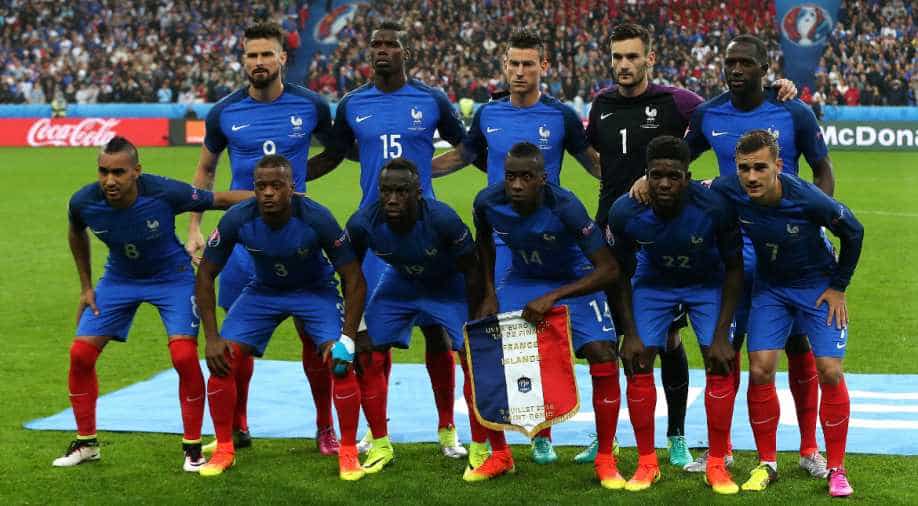 France striker Antoine Griezmann said taking on the Germans in front of a predominantly French crowd at the Stade Velodrome will help. Photograph:( Getty )

Follow Us
France will have the perfect opportunity to avenge their defeat to Germany in the 2014 World Cup when they take on their old foes in the Euro 2016 semi-finals on Thursday, according to star striker Olivier Giroud.

"It will be a great match, we have a lot of desire to get our own back for the World Cup," Giroud said after his two goals helped France thrash Iceland 5-2 in Sunday's quarter-final.

A header from Mats Hummels knocked France out in the quarter-final in Rio de Janeiro two years ago and Germany went on to win their fourth global crown.

But an even more painful elimination at German hands lingers in the French sporting memory - the 1982 World Cup, which featured the infamous flooring of Patrick Battiston by Harald "Toni" Schumacher.

Arsenal forward Giroud said the showdown with Germany in Marseille will be "a completely different match" to the romp against the Icelanders.

"They are the world champions and they are often in the last four of major tournaments," Giroud said.

"I'm very proud of what this France side is achieving and I hope we'll come out once again with the right result."

In contrast to France's straightforward passage, Germany were given a severe test in their quarter-final. Italy took them to an error-strewn penalty shootout in Bordeaux on Saturday before Joachim Loew's side triumphed 6-5.

The Germans suffered injuries that ruled out Mario Gomez for the rest of the tournament and left key midfielders Sami Khedira and captain Bastian Schweinsteiger struggling to be fit in time.

Despite those setbacks, France coach Didier Deschamps is in no doubt that Germany are the class act of the tournament.

"Germany are the best team, there is no doubt about that, even if Italy gave them a few scares. But we are there in the final four and we'll give it our all," Deschamps said.

"They are one of the rare teams which can control a match. It will be a great game but it won't be a stroll in the park."

France striker Antoine Griezmann said taking on the Germans in front of a predominantly French crowd at the Stade Velodrome will help.

"We'll have to give everything we've got, it'll be a semi-final at home, in front of so many supporters," he said after his goal against Iceland left him top of the Euro 2016 scorers' charts with four.

Hummels will not be there to torture France again as he did on that stifling hot day in Rio since he has been suspended for the semi-final.

Deschamps withdrew Giroud and key defender Laurent Koscielny during the Iceland game as they were at risk of suffering the same fate.

The match on Thursday takes place almost 34 years to the day since the 1982 World Cup semi-final in Seville which ended in a traumatic defeat for Michel Platini's team.

Schumacher's shoulder-charge on Battiston left the French substitute with three broken ribs, broken teeth and cracked vertebrae. The German goalkeeper escaped without even a booking as the referee claimed he had not seen the incident.

France roared to a 3-1 lead in extra-time but the Germans fought back to equalise with goals from Karl-Heinz Rummenigge and Klaus Fischer. The Germans, inevitably, won the penalty shootout 5-4, but went on to lose to Italy in the final.