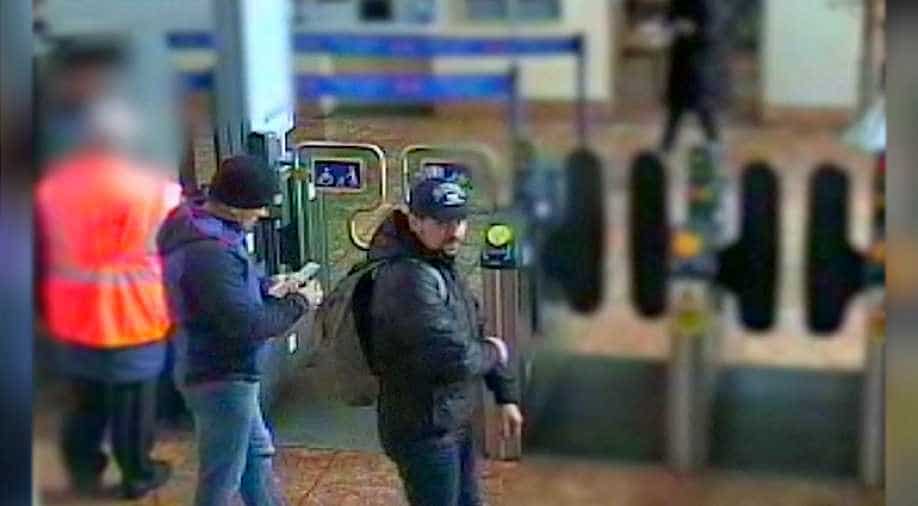 Two men - known by the aliases Alexander Petrov and Ruslan Boshirov - were charged in absentia for the attack in September.

British police have released more video footage of the two suspects they believe poisoned former Russian spy Sergei Skripal and his daughter in Salisbury in March.

Two men - known by the aliases Alexander Petrov and Ruslan Boshirov - were charged in absentia for the attack in September.

Investigative website Bellingcat has named them as Alexander Yevgenyevich Mishkin and Anatoliy Chepiga, both of whom work for Russia's GRU intelligence services.

Police realised video footage of two men arriving and moving around Salisbury on Sunday March 4, the day the Skripals were found slumped in the centre of the English city.

A man and a woman were poisoned in the nearby town of Amesbury on June 30 after police believe they handled a perfume bottle that contained Novichok, a military-grade nerve agent developed by the Soviet Union used in the Skripal poisoning. The woman, Dawn Sturgess, died.

Police said they were appealing for more information from anybody who may have seen the two men in Britain between 2-4 March or had seen the counterfeit 'Nina Ricci' perfume box or bottle.

Another victim of the poisoning was Detective Sargent Nick Bailey, who was contaminated when he went to examine the Skripal's house after they were taken ill.

He told BBC's "Panorama" programme he was petrified knowing how ill the Skripals had become and also angry at the 'outrageous, dangerous' attack.

'Scandal of our own': Church of England to apologise over 'institutionalised racism'