US Rapper Tekashi69 gets two-year sentence after helping feds 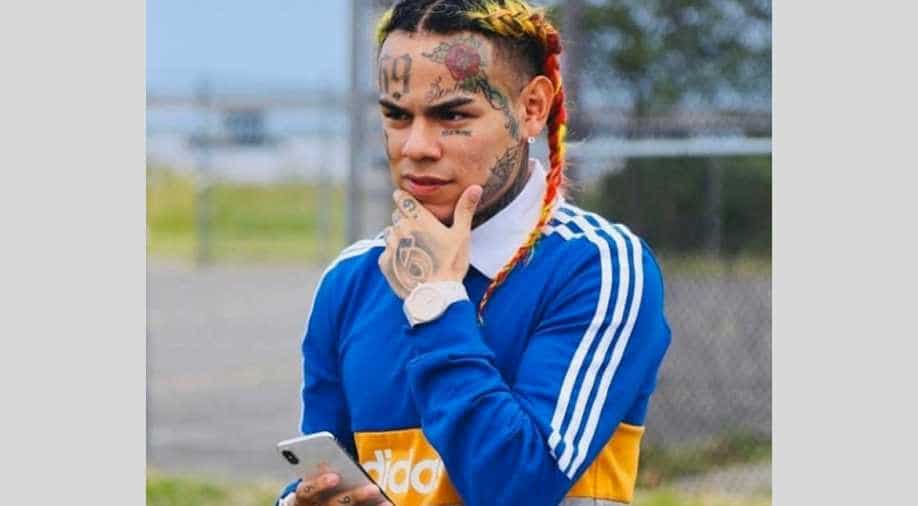 He used the street cred of being in a gang to rocket to rap stardom, but then cooperated with federal prosecutors and testified against his former associates.

Hernandez, 23, got a relatively lenient sentence after agreeing to a plea deal that required him to take the stand against other members of the Nine Trey Gangsta Bloods.

It is nevertheless a stark reversal of fortune after he soared to fame following the release of his debut single 'Gunmo' in late 2017.

In the video, he raps and dances in front of a building in Brooklyn's Bedford-Stuyvesant neighbourhood with members of the Nine Trey Gangsta Bloods, wearing trademark red bandanas.

Ever since West Coast rappers started using gang imagery in their videos in the 1990s, any association with street gangs has often boosted the credibility of a rising artist.

According to his attorney Lance Lazzaro, Hernandez -- who was born in Brooklyn, and left school at age 15 -- wanted to develop a "gangster persona in an effort to sell more music."

'Gunmo' quickly surpassed 100 million views on YouTube, and the single landed in the top 15 on the Billboard Hot 100.

Tekashi69 was a bona fide star, and his popularity was fueled by his unique look -- long, multicoloured hair sometimes in braids, coloured grills in his mouth, and hundreds of tattoos, including on his face.

But prosecutors said he did far more than cultivate a gangster image, and Hernandez was convicted on multiple counts of racketeering, weapons violations and drug trafficking.

"You were a central figure in a vicious and brutal gang," federal judge Paul Engelmayer said to the rapper during the sentencing hearing.

Hernandez used the gang -- its name is inspired by its founding in 1993 at New York's infamous Rikers Island prison complex -- to attack or rob those he perceived as rivals in the rap world.

But the gang also used him, tapping its new member for hundreds of thousands of dollars.

Hernandez was indicted in November 2018 along with other gang members.

Feeling he had been manipulated by the Nine Treys, the rapper decided to cooperate with federal prosecutors -- a collaboration that helped him avoid what could have been a life sentence.

Having already spent a year in prison, during which his videos have racked up several billion views on YouTube, Hernandez will likely be free sometime in 2020, and then serve out his probation.

"He's a target," Lazzaro told the court, expressing concerns that the young rapper could face reprisal attacks from the Nine Treys or another gang.

Tekashi69 doesn't seem all that worried -- he just signed a new record deal with the music label 10K Projects.