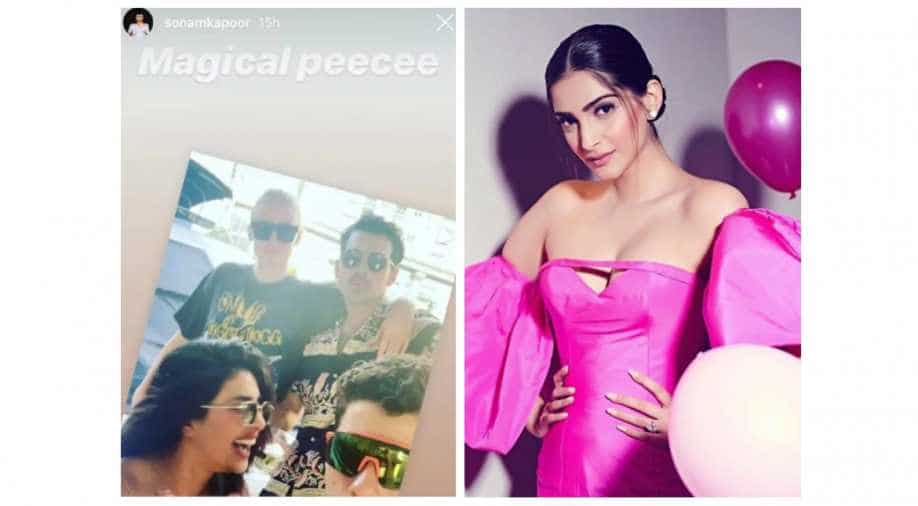 Priyanka is currently on a holiday in Miami with husband Nick and his side of the family.

Priyanka and Nick are having a great time vacationing in Miami with his side of the family as they post pictures of them dancing from a yacht.

We told you that in a video posted by Priyanka, the Jonas Brothers along with Priyanka and Sophie Turner were seen dancing on Bollywood hit song Tareefan from ‘Veere Di Wedding’. She gave a shout out to Kareena Kapoor Khan and said ‘Bebo’ as the actress is fondly called by friends and family.

The song featured in the film had Sonam Kapoor and Kareena Kapoor Khan dancing as it became a rage across the country. While Kareena is not on the social media, so we didn’t expect a reaction from her not unless someone asks her about this but Sonam sure did react and it's cute!

Sonam shared Priyanka’s video on her Instagram story and captioned it: “Magical PeeCee”. Meanwhile, Priyanka will be seen with Farhan Akhtar in ‘The Sky Is Pink’.